Neighborhood thinks Veterans 'are not worthy to live next door,' lawsuit claims

Neighborhood thinks Veterans 'are not worthy to live next door,' lawsuit claims 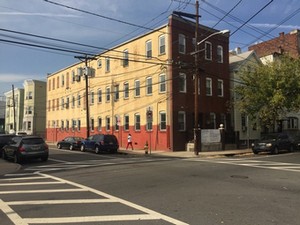 A multi-service agency from Irvington is not going quietly in its fight to house homeless Veterans in Newark.

Independence: A Family of Services Inc. has filed a lawsuit in federal court, accusing Newark and the Central Planning Board of discrimination against Veterans when the board rejected its application in April.

The lawsuit, filed last month, said the Veterans, including some with disabilities such as Post Traumatic Stress Disorder, are a protected class of citizens under the Fair Housing Act, Americans with Disabilities Act and the Rehabilitation Act.

The City of Newark, which supported the plan, could not be reached for a comment.

In the lawsuit, IFS says the planning board had "no legal basis" to deny its project to serve 40 Veterans in a building that IFS owns on Van Buren and Elm streets in the Ironbound section of the city in East Ward. Under its proposal, the Veterans would live in the three-story building for 60 to 90 days and receive help with finding permanent housing. During their stay, they would also receive behavioral mental health counseling and life skills.

"The board's decision was not based on merit of the application,'' said IFS President Margaret Woods. "I don't know what the planning board was thinking. We felt we had no recourse but to bring a complaint.''

Woods said the location of the building is a permitted use, even though variances would have to be approved for its operation.

She said the variances, such as not enough lot size and not enough setback from the street, should not have gotten in the way because IFS has used the building for other programs over 50 years.

"Those variances should have been grandfathered in because it's a condition of the building that we can't correct other than tearing the building down.''

The issue has been contentious from the outset when residents first heard about it last year in September. Residents said they are not against Veterans, but they worry about those suffering from PTSD, saying the building is across the street from a preschool and blocks away from East Side High School. They questioned if the facility would be just for Veterans, and wanted to know what happens to Veterans if IFS is unable to find permanent housing for them in 60 to 90 days.

A subsequent meeting was held this year, but residents were still not convinced, as they disagreed with a study from an engineer hired by IFS that said there was ample parking in the area.

The planning board couldn't be convinced, either, voting down the plan, 8-0.

East Ward Councilman Augusto Amador acknowledges the need for Veteran services, but he still maintains the IFS building is not suitable for what the agency wants to provide.

"My position has not changed,'' Amador said. "I don't think this is the place for the program. It's not appropriate for them (IFS) to go against the will of the community.''

Paula Vieira, an Ironbound resident, agrees with Amador and is not pleased that IFS has made this a legal issue. She rejects the agency's allegation of discrimination, saying Woods' organization didn't have a credible plan that residents could support.

"They went to the planning board and the people said, 'no,'' Vieira said. "Why would you go against the people? That's disrespectful. We're all for Veterans, but that (plan) is not for Veterans.''

Woods is not backing off, either, saying there is support from the Veterans of Foreign Wars post in the Ironbound. She said the board's decision is a disservice to homeless Veterans.

"It is unconscionable to say Vets are not worthy to live next door to you.''