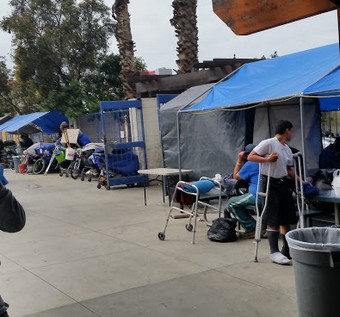 The commission received an Award of Excellence from the NAHRO -- which named 22 award recipients nationwide -- for the Housing Our Heroes program, which has helped more than 1,000 homeless Veterans find rental housing in San Diego. The city launched the program in March 2016 after the San Diego City Council unanimously approved funding for it.

"The success of our innovative `Housing Our Heroes' program in getting over 1,000 Veterans off the street and into permanent homes is a testament to the creativity of city leaders, the San Diego Housing Commission and, most importantly, the landlords who stepped up to be part of the solution," said San Diego Mayor Kevin Faulconer.

In order to house the city's homeless Veterans, the program gave incentives to property owners in certain ZIP codes in San Diego and National City who offered rental properties to homeless Veterans. The city also awarded vouchers from the U.S. Department of Veterans Affairs and made assistance payments for upfront move-in costs to homeless residents who were placed in housing via the program.

The city received support from myriad organizations to fund and administer program services, including the San Diego Regional Chamber of Commerce, the California Apartment Association and the U.S. Department of Housing and Urban Development.

"The Housing Our Heroes initiative proved what we can accomplish when government agencies, landlords and service providers work together. I thank the mayor and the City Council for their leadership and support of this effort, as well as our partners and the staff at the San Diego Housing Commission. This national recognition is well-deserved," said Housing Commission board Chairman Frank Urtasun.

The NAHRO will present the Award of Excellence to the Housing Commission at the organization's annual conference on Oct. 26.