VA might not be able to end Veteran homelessness, but we shouldn't stop trying

VA might not be able to end Veteran homelessness, but we shouldn't stop trying 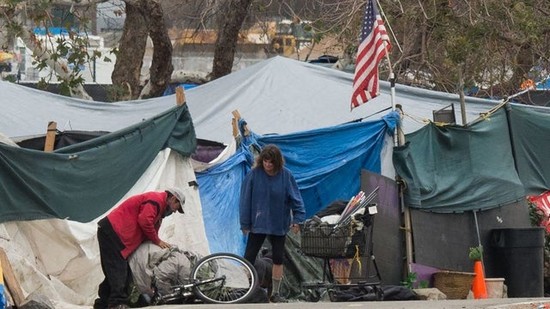 The U.S. Department of Veterans Affairs (VA) had a goal of ending homelessness among Veterans by 2015, but they didn’t meet it.

Nearly four years later, what has become of the issue? Unfortunately, not much. In the years since, conversations about Veterans homelessness have faded from the headlines, often being usurped by the political drama regarding privatization of VA health care, the gravity surrounding the Veterans suicide epidemic, and, most recently, how to handle growing issues caused be medical malpractice at certain VA facilities.

But, that may be changing, thanks to a bipartisan piece of legislation that passed out of the House Veterans’ Affairs Committee earlier this week: The Legal Services for Homeless Veterans Act.

By way of background, in 2009, then-VA Secretary Eric Shinseki announced the audacious goal of ending Veteran homelessness by 2015.

Although many applauded the VA’s focus on this serious issue and the progress that was made, including a substantial decrease of approximately 56 percent in the number of homeless Veterans from 2010 to 2016, Veterans remained “overrepresented in the homeless population.” Officials subsequently stated that “they cannot predict the end of homelessness among Veterans.”

In lieu of admitting defeat, VA began to talk less about eliminating Veteran homelessness and more about a whole-person approach to health care, which include issues relating to housing and homelessness in a social determinants of health analysis.

A number of factors may contribute to Veteran homelessness. Like civilians, Veterans also struggle with the lack of access to affordable housing in certain areas. To this end, 76 percent of homeless Veterans live in an urban area.

However, this issue is often exacerbated for Veterans who may suffer from increased financial hardship due to disabilities incurred during service. According to the National Alliance to End Homelessness, 54 percent of homeless Veterans suffer from a physical and/or mental disability.

Moreover, these problems may increase with age. Research indicates that the Veteran population at the highest risk of becoming homeless are those that served in the late Vietnam and post-Vietnam eras, with 43 percent between the ages of 51 to 61.

Despite these statistics, the face of Veteran homelessness, like the Veteran population at large, is changing.

Homeless Veterans are becoming younger, are more often female and the head of household. Whereas prior programs have been predominantly aimed at single, male Veterans, in order to continue to combat Veteran homelessness, how we approach the problem must also begin to change.

Thankfully, lawmakers on the House Veterans’ Affairs Committee wisely acknowledged this issue at a markup earlier this week. Specifically, six bills were passed out of Committee, including The Legal Services for Homeless Veterans Act. This legislation’s focus on access to legal services for homeless Veterans, as well as increasing support services for female Veterans and their families, addresses a need in the Veterans’ community that has unfortunately too often been ignored in recent years.

The inclusion of this piece of legislation is important because, in addition to the changing demographics of Veteran homelessness, in 2018, for the first time in seven years, the number of homeless Veterans in the United States increased.

Although VA has a number of competing priorities, it is important to remember that Veterans’ homelessness involves much more than just housing. Housing is oftentimes a Veterans’ most immediate need; however, homelessness is often intertwined with other issues such as mental health problems, substance abuse, or lack of education or employment. And, unfortunately, a lack of access to services that address these needs may lead to suicide.

Accordingly, we must not forgot to continue focusing on improving access to housing and services for homeless Veterans as we work to improve overall health-care outcomes for Veterans.

“The men and women who dedicate their lives to service give everything they have for our country, but the unfortunate reality is that too many Veterans struggle returning home from combat and find themselves without a home," stated Rep. Brian Mast (R-Fla.), one of the legislation’s original sponsors, "While we’ll never be able to fully repay them for their service, expanding access to legal services for these Veterans is something we can and should do right now to help."

As noted by the American Bar Association, Veterans who are homeless often have unique problems that are not addressed by traditional legal services providers. Through the type of holistic advocacy authorized by The Legal Services for Homeless Veterans Act, stakeholders will have the opportunity to address both legal and non-legal obstacles that impede an individual Veterans’ ability to end their homeless status.

VA may not ever be able to fully end Veteran homelessness. However, this does not mean that we should stop trying. By collaborating with the right stakeholders, providing the right support services, and passing the right legislation to facilitate progress, the issue should continue to lessen in the years to come.