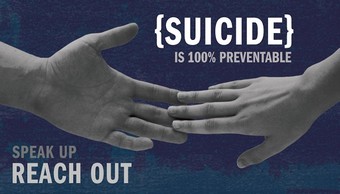 VA and DHS, the third-largest federal employer of Veterans in the U.S., with Veterans representing approximately 28 percent of its workforce, share the goals of improving Veterans’ health and well-being and increasing Veterans’ access to mental health services and support where needed.

The two agencies will work together to spread awareness of mental health and VA suicide prevention resources among DHS Veteran employees and to explore innovative ways to enroll DHS-employed Veterans in VA care. These opportunities include highlighting VA programs and resources in DHS newsletters or emails, or leveraging the nationwide network of VA Suicide Prevention Coordinators to encourage outreach to local and regional DHS offices.

“Under President Trump’s leadership, we are extremely proud to be working with DHS to prevent Veteran suicide,” said VA Secretary Robert Wilkie. “Our two agencies are committed to ensuring that Veterans receive the care they need, and this landmark partnership will allow us to leverage the strengths of both organizations to reach more Veterans and save more lives.”

The partnership, which was launched in November, will allow VA to reach more Veterans outside VA care — before they reach a crisis point — and form a vital part of VA’s National Strategy for Preventing Veteran Suicide.

This is not the first time VA and DHS have joined forces to prevent Veteran suicide. The two agencies have been working together with the U.S. Department of Defense (DoD) through President Trump’s Executive Order to improve mental health resources for Veterans transitioning from active duty to civilian life. Research has shown that service members transitioning to Veteran status are at increased risk for suicide. To combat this risk, DoD, VA and DHS are working to ensure that new Veterans receive access to VA mental health care and other services from the moment they transition from the military.

Veterans who are in crisis or having thoughts of suicide, and those who know a Veteran in crisis, can call the Veteran and Military Crisis Line for confidential support 24 hours a day at 800-273-8255, and press 1; send a text message to 838255; or chat online at VeteransCrisisLine.net/Chat.