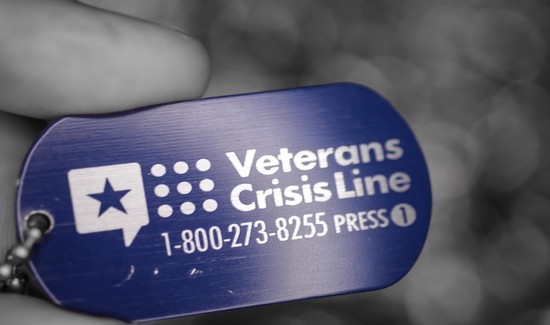 WASHINGTON — The White House is creating a new high-level task force on preventing Veterans suicide which will include new community outreach grants aimed at former service members and expanded projects across a host of government agencies to coordinate research and prevention efforts.

President Donald Trump will sign a new executive order on the initiative — dubbed the President’s Roadmap to Empower Veterans and End a National Tragedy of Suicide, or PREVENTS — on Tuesday afternoon at the White House.

It’s the latest in a series of steps by his administration to address the problem, which claims an estimated 20 Veterans lives every day. Last year, the president signed a separate executive order providing more counseling and mental health care for recently separated service members, who face a significantly higher risk of suicide than other military groups.

According to senior administration officials, the new order will give agency officials a year to develop plans for a more aggressive approach to suicide prevention, with a goal of more state and local community engagement.

The task force will look to develop a new grant system for mental health support and outreach similar to the Housing and Urban Development-VA Supportive Housing program, which provides funding directly to local charities and city programs to help individualize assistance plans for Veterans.

Those HUD-VASH vouchers have been in use for a decade and are widely credited with helping draw down the number of homeless Veterans by half. Officials hope to replicate that model for suicide prevention, relying on local expertise and federal funding to reach more Veterans.

Veterans Affairs officials estimate that of the 20 Veterans a day who take their own lives, about 70 percent have little or no contact with the federal Veteran system. That makes targeted community outreach to populations outside those systems critical to addressing the suicide problem.

The White House has not put a price tag on the new grants yet, but is expected to work with Congress in coming months to set parameters and draft legislation on the idea.

Meanwhile, the new task force will be charged with better coordinating existing research on suicide within federal systems. Already, the departments of Defense, Veterans Affairs and Homeland Security have a host of information on traumatic brain injury, post-traumatic stress disorder and mental health issues that could be indicators of suicidal thoughts.

The research work will also include pushing the Centers for Disease Control to provide more up-to-date information on Veterans suicide research. Currently, the latest available data on the problem typically trails at least two years behind current efforts. Senior administration officials are hoping to cut that wait down to no more than six months.

Suicide prevention has been a major focus of both Congress and the executive branch in recent years, but the rate of suicide has largely remained flat. White House officials are hoping the new task force will restart a national conversation on the issue, and bring in private-sector partners to help find new solutions.

In December, the Veterans Health Administration announced a new pilot program with the advocacy group The Independence Fund to reunite combat troops for group therapy sessions, in the hopes of using those common bonds to provide better mental health resources.

“We owe it to them to ensure they are not forgotten upon their return home,” she said. “They may have returned from the battlefield, but their war is not over. For many, their true battle begins when their purpose in the military ends.”

Veterans facing any type of mental or emotional distress can contact the Veteran Crisis Line at any time by dialing 1-800-273-8255 and selecting option 1 for a VA staffer. Veterans, troops or their families members can also text 838255 or visit VeteransCrisisLine.net for assistance.