6,000 Veterans have committed suicide each year for a decade, VA finds

6,000 Veterans have committed suicide each year for a decade, VA finds 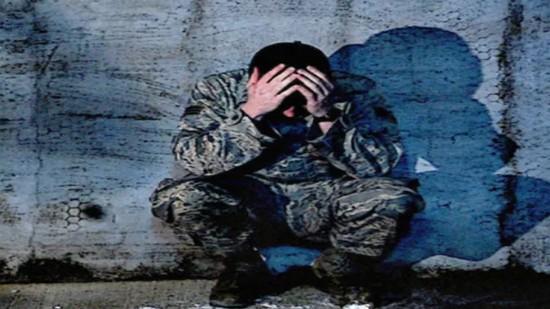 About 6,000 Veterans have committed suicide every year for nearly a decade, according to a new government report.

Veterans Affairs' 2019 suicide prevention report highlights the suicide crisis that the department has been trying to stem for years. It found the Veteran suicide rate was 1.5 times the rate of non-Veterans, with approximately 6,000 Veterans killing themselves each year between 2008 and 2017.

“Data is an integral part of our public health approach to suicide prevention,” VA Secretary Robert Wilkie said in a statement. “The latest data offers insights that will help us build networks of support and research-backed suicide prevention initiatives to reach all Veterans, even those who do not and may never come to us for care.”

The report notes that while the number of suicides among Veterans rose by 6.1% from 2005 to 2017, the number among the general adult population rose by nearly 44%. VA officials have pointed to this alarming trend in their prevention efforts, emphasizing that the suicide epidemic is a national crisis that affects military and non-military communities.

There is "no all-encompassing explanation for suicide" the report says. However, the VA has identified some key factors among victims who were enrolled in the Veterans Health Administration. Those who were homeless had higher rates of suicide, for example, while those with military-related service disability status may have a lower risk compared with other patients. Social isolation was also found to be a major indicator, with higher suicide rates among those who were divorced, widowed, or never married. Veterans with sleep disorders, pain diagnosis, brain injury, and mental health issues also had higher rates.

The VA continues to struggle after high-profile scandals that caught the attention of senior lawmakers. Most recently, the daughter of a cancer-stricken Veteran living in a VA facility found that ants "feasted" on her father shortly before he died earlier this month.

The VA has instituted several programs in the last few years to provide mental health and suicide prevention services to Veterans. The VA has found that of the 20 Veterans dying from suicide each day, only six have been cared for by the VA in some capacity. VA leaders are now working to spread the word about the services available to Veterans by partnering with community groups, faith-based organizations, and local governments.