Active duty suicides are on the rise, as the Pentagon works on new messaging and strategy

Active duty suicides are on the rise, as the Pentagon works on new messaging and strategy 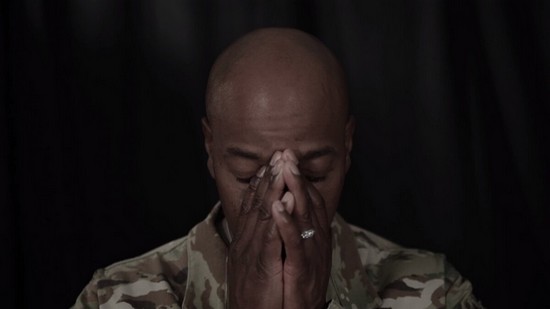 The rate of active duty service members who take their own lives has been rising an average of 6 percent year-over year the past five years, the Pentagon announced Thursday.

The number of suicides jumped from 285 to 325 between 2017 and 2018, according to the 2018 Annual Suicide Report, for a rate of about 22 suicides per 100,000 service members to about 25. Officials did not draw any conclusions about why the numbers continue to rise despite efforts to train commands and troops on preventing suicide and seeking behavioral health care.

“Although the suicide rate among most of our military populations is comparable to broader civilian rates, this is hardly comforting, and our numbers are not moving in the right direction,” Elizabeth Van Winkle, the Defense Department’s executive director of force resiliency, told reporters in an off-camera briefing.

Here are the 2018 numbers broken down by service (several of the reserve component branches do not have a rate, because they have fewer than 100,000 members):

The National Guard is the exception to the stable trend, Van Winkle added, as the component reported 30.6 suicides per 100,000 troops in 2018. The Pentagon compares its rates with civilians by adjusting for factors like age and gender, because the majority of military suicides are carried out by young men.

“With our military being younger, and comprised of more males, our military population has comparable rates, with the exception of the National Guard,” said Karen Orvis, the director of the Defense Suicide Prevention Office.

Per the Centers for Disease Control and Prevention, Van Winkle said, suicide rates are up across the country.

“But we also hold ourselves to a higher standard,” she added.

The Guard’s number is significantly higher than the 22.4 national rate the CDC reported for young men in 2017, the most recent data available.

“That’s something that we’re exploring the National Guard,” Van Winkle said, adding that in studying their suicide reports, they find more similarities than dissimilarities, and so aren’t prepared to draw any conclusions as to why the Guard is having a tougher time.

In all three components, more than 90 percent of suicide deaths were of enlisted troops: E-1s through E-4s made up 43 percent of active duty suicides, 39 percent of reservists and 53 percent of Guardsmen, according to DoD data.

Of those between 60 and 70 percent were carried out with a firearm, and 90 percent of those were with personally-owned weapons.

A multi-organization study published in August homed in on firearm safety in presenting suicides, finding that while about a third of service members keep their person weapons unloaded and locked up in their homes, they were much less likely to practice this standard safety protocol if they’d ever had suicidal thoughts.

Individual installations have safety policies for weapons owned by troops who live on base, Van Winkle said, but more broadly, commanders have the authority to confiscate personally owned weapons if they believe a member of their unit is at risk.

“I wish I could tell you we had the answer to prevent further, future suicides in the armed services,” Esper told reporters, calling the issue a “national epidemic.”

In addition to crunching data, the Pentagon is looking to new initiatives.

The National Guard also has two new programs standing up, one of which will pilot local ideas from the force and decide whether to scale them across multiple states.

“I believe we have the means the resources and get ahead of this, better than our civilian counterparts,” Esper said Wednesday. “We just can’t let these great, young Americans takes their lives because of financial pressure or a relationship challenge, or whatever comes up."

The Veterans and Military Crisis Line provides 24/7 confidential support for service members and family members. It can be reached at 800-273-8255, by texting 838255 or online chat.