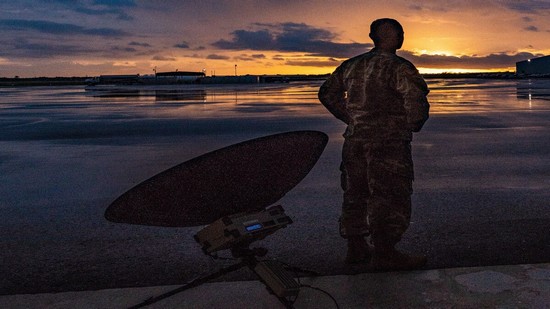 The National Guard’s suicide rate has climbed higher than the active duty and Reserve’s, according to an annual Pentagon study released Thursday. In response, officials are looking for new ways to help troops feel comfortable coming forward about their issues and getting help they need.

“But when I describe a rate, I don’t want to lose the face that goes along with that,” Air Force Maj. Gen. Dawne Deskins, the Guard’s director of manpower and personnel policy, told Military Times in a Monday interview.

While all three components are staring down growing suicide rates, the National Guard faces a unique problem, officials told Military Times, because they don’t have the day-to-day interaction that active troops have with their leadership, and members are often in-between military and civilian health care, so it’s not always clear which providers they should seek out if they’re having trouble.

Their troops also face issues local to their communities, so any attempt at a service-wide policy has to consider that one size won’t fit all. With that in mind, the National Guard Bureau got two separate but related initiatives off the ground.

“That’s been part of our strategic approach,” Capt. Matthew Kleiman, a U.S. Public Health Service officer who served as the Guard’s director of psychological health, told Military Times. “People sometimes make assumptions that because someone’s in uniform, they have all of the same access to all of the services that an active member would have. For Guard members, that’s not always true.”

In one corner, the bureau’s Warrior Resilience and Fitness Division will pull best practices from all 54 state and territory guard commands, collect data and put together strategies, under a program called SPRING: Suicide Prevention and Readiness Initiative for the National Guard.

The innovation they hope to foster doVetails with the Warrior Resilience And Fitness Division’s new Innovation Incubator, which is looking for ideas that extend to readiness, wellness, resilience and beyond.

Out of 50 ideas submitted earlier this year, the program has selected 12 to pilot. They cover substance abuse, physical fitness, access to behavioral health, sexual assault prevention and employment assistance, among others, and will be under the purview of a state guard bureau, from Massachusetts, Ohio and Indiana to New Mexico and Montana.

The pilots are tailored to issue that are of particular interest in those states, Deskins said, but can be tailored to fit other states, if that services them.

“Maybe only five states will use it, but it will be effective in those states,” she said.

But beyond those organized initiatives, leaders are still encouraging the grassroots kind of team and trust-building that can either empower a colleague to intervene, or empower a Guard member to reach out.

“We’re still a predominantly part-time force,” Deskins said, where most members go back and forth between a military and civilian life, and the stressors of both. “An active component person would be more under the view of their commander, they would have ready access to care as soon as it’s needed.”

Like in active duty units, it’s imperative for commanders to get to know their people on a level that would allow them to notice a change in their behavior. This can be tough when you don’t see each other every day, but as Deskins pointed out, the Guard could have an edge here that active duty units don’t.

“The one benefit about the Guard units are the longevity within them,” she said, because while they might not see each other every day, they members can be assigned to the same unit much longer than the three our four that the active duty force requires.

Kleiman likened the relationship to grandparents, who notice big changes in their grandchildren after not seeing them for months, perhaps more so than than what their parents would pick up on with everyday interaction.

“When you have a unit commander that’s only seeing that member once a month, it could potentially be easier for them to detect – last month you looked okay,” he said. “You lost some weight, you look a little different. Whereas if you saw them every day, you might not notice that.”

There are also barriers to reporting that the Guard has to address. Many service members are afraid of career repercussions when they open up to behavioral health, but for reservists, the threat of losing their security clearance could affect both their military and civilian careers, as many parlay their credentials into civilian jobs.

“From a perception standpoint ― I can’t give you a number ― the vast majority who come forward seeking help for a mental health program don’t have their security clearance taken or have career implications,” Kleiman said.

If they do, it’s likely because they’re doing something related, but not solely a mental health issue, like running up debt or using illicit drugs. And if they do have their clearance taken, he added, they get them back when a treatment plan is worked out.

Once someone does decide to reach out, of course, they have two avenues to do it: Through a civilian organization completely unknown to the Guard, or to their chain of command.

“You can always go through your chain of command,” Deskins said. “Now I’m sitting here in this area that’s 300 miles from where my commander lives – who do I go and get my care from?”

The Guard has partnerships with local resources, Kleiman said, to quickly pair service members up with care when they’re not with their units. In the Air Guard, he added, there are full-time directors of psychological health for every wing, and they are always available to facilitate.

“On the active side, access to care isn’t an issue, yet they still have suicide in the active component,” he added. “So it’s not just about putting programs in place, it’s about recognizing what are the barriers to seeking help.”

On the other end, he said, mental health providers have to be more progressive about how they approach a service member who comes to them. Staying away from a “disease model,” he added, where they approach the situation like an illness to be cured, is key.

"Traditional military medicine would maybe say, ‘Someone is going through these kinds of stressful situations and they’re a little bit broken and they have to be fixed,' " he said.

It shouldn’t be about “fixing” service members, he said, but giving them tools to “enhance performance,” or help themselves better cope.

“We talk a lot now about resilience – which is funny,” Deskins said. “We use the word so much that it’s starting to lose some of its meaning.”

The thing everyone can do, they agreed, is be there for each other.

“It is a leadership responsibility, but it’s also the responsibility of soldiers and airmen to look out for each other,” Kleiman said.