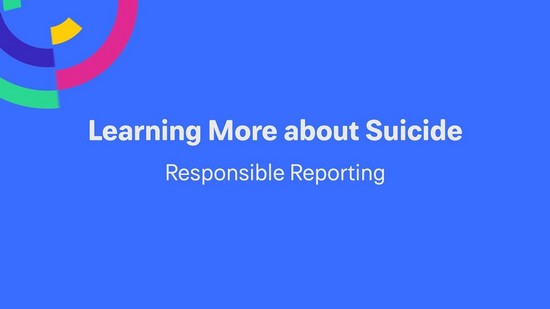 WASHINGTON — Today, the U.S. Department of Veterans Affairs (VA) released its 2019 National Veteran Suicide Prevention Report. It includes findings from its most recent analysis of Veteran suicide data from 2005 to 2017. The 2019 National Veteran Suicide Prevention Annual Report highlights suicide as a national problem, and urges all Americans to come together to address the larger social issues that contribute to the increased rates of suicide in the U.S.

One key change from this year’s report is that it does not group together Veterans eligible for VA services with servicemembers and former National Guard and Reserve members who were never federally activated. This change was necessary because these groups are unique and do not all qualify for the same benefits and services, therefore they require individualized outreach strategies.

Moving forward, VA’s report will include a separate section focusing on never federally activated former Guard and Reserve members, while the Department of Defense will publish a separate report focusing on servicemember suicides.

The most recent data, from 2017, has allowed VA to better understand and address current trends in Veteran suicide, as well as evaluate ongoing suicide prevention programs. Key VA initiatives described in the report reflect the department’s efforts to prevent Veteran suicide through targeted strategies that reach all Veterans.

VA’s public-health approach to suicide prevention focuses on equipping communities to help Veterans get the right care, whenever and wherever they need it. That approach is the foundation for the President’s Roadmap to Empower Veterans and End a National Tragedy of Suicide (PREVENTS) executive order, which aims to bring together stakeholders across all levels of government and in the private sector to work side by side to ensure that our Veterans are able to seek and receive the care, support and services they deserve.

“VA is working to prevent suicide among all Veterans, whether they are enrolled in VA health care or not,” said VA Secretary Robert Wilkie. “That’s why the department has adopted a comprehensive public health approach to suicide prevention, using bundled strategies that cut across various sectors — faith communities, employers, schools and health care organizations, for example — to reach Veterans where they live and thrive.”

VA was one of the first institutions in the United States to implement comprehensive suicide risk surveillance, which involves collecting and interpreting suicide-related data.

“Data is an integral part of our public health approach to suicide prevention,” said Wilkie. “The latest data offers insights that will help us build networks of support and research-backed suicide prevention initiatives to reach all Veterans, even those who do not and may never come to us for care.”

Suicide is heartbreaking, and our nation understandably grieves with each one. However, suicide is preventable, and we all have a role to play in saving lives. The 2019 National Veteran Suicide Prevention Annual Report emphasizes that suicide can be prevented through meaningful connection, one person at a time.

The full report and the accompanying state data sheets are available here.

If you or someone you know is having thoughts of suicide, contact the Veterans Crisis Line to receive free, confidential support and crisis intervention available 24 hours a day, 7 days a week, 365 days a year. Call 1-800-273-8255 and Press 1, text to 838255, or chat online at VeteransCrisisLine.net/Chat.

Reporters covering this issue can download VA’s Safe Messaging Best Practices fact sheet or visit www.ReportingOnSuicide.org for important guidance on how to communicate about suicide.