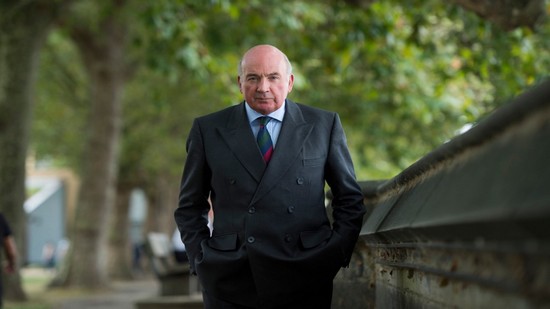 Veteran suicides have become an 'epidemic of our time' the former head of the army has warned.

General Lord Richard Dannatt, the ex-Chief of the General Staff, revealed he is appalled by the growing suicide rates in the UK, describing the situation as a 'tragedy' and says more needs to be done to stop traumatised British soldiers killing themselves.

Gen Lord Dannatt, 68, who in 2007 played a pivotal role in forming charity Help For Heroes, spoke about the importance of investigating servicemen and women's suicides while at Fort Cumberland in Portsmouth, Hants.

The retired Army chief said he pushed hard for it in the House of Lords, adding: "The coroners’ service ought to record people with a service background who have taken their own lives.

"I find it quite extraordinary that that has not been the case until now."

Military charity sources fear hundreds of Veterans in the UK have killed themselves since the start of last year – although there is no concrete figure to support this.

However, Gen Lord Dannatt, who was in charge of the army from 2006 to 2008, said the tragedy was not one exclusive to military personnel. Civilians are increasingly committing suicide he said, and was critical of social media for adding pressure on people.

In 2018 across the UK and Republic of Ireland, 6,859 people killed themselves, according to charity Samaritans, with the UK recording a 10.9 per cent rise in the suicide rate in 2018.

Gen Lord Dannatt said: "This is an epidemic of our time.

"It’s a symptom of our time and the downside of social media, which can bring a lot of unwanted additional pressure on people.

"I think 21st Century living has accentuated a lot of problems for some people. The tragedy is that taking your own life is a permanent solution to what should be a temporary problem."

Gen Lord Dannatt’s comments came during a visit to Portsmouth-based military support group Forgotten Veterans UK, which is based in Fort Cumberland.

The organisation, staffed by volunteers, has helped hundreds of suicidal Veterans since being set up two years ago.

Gen Lord Dannatt admitted the government and larger organisations should have acted fasted to tackle the Veteran suicide crisis.

"If the answer had been that either of those organisations had done more sooner then we wouldn’t need organisations like Forgotten Veterans to grow up from the grassroots."

General Dannatt’s comments come shortly after a coroner warned that more military Veterans suffering PTSD may take their own lives unless urgent action is taken to improve their care.

Emma Brown, the coroner for Birmingham and Solihull, wrote to NHS services and police highlighting a catalogue of failures in the treatment in the months up to the suicide of Lance Corporal Dave Jukes, a 49-year-old Veteran from Birmingham, who took his own life last year after service in Iraq, Afghanistan, and Bosnia.

Welcoming the coroner’s letter, Jo Jukes, LCpl Jukes’s widow, said there remained “gaps in the system” which means the complex needs of Veterans can still be ignored.

"We lost everything and changing the system will help to make that loss mean something," she said. "I am now calling for an end to the postcode lottery that exists in Veterans care.

"I would welcome opportunities to work with the people who can make changes to this broken system because Dave’s story is still happening today across our country."