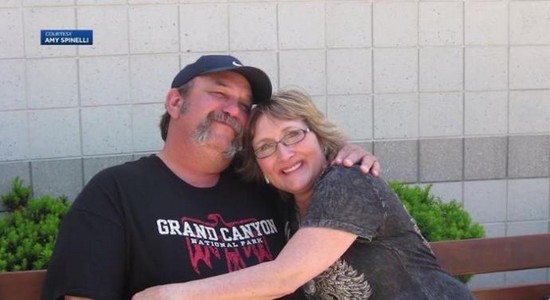 DERRY, N.H. (WMUR/CNN) - Police are searching for the driver who allegedly fled the scene after hitting a 61-year-old Veteran mowing his lawn in New Hampshire.

John Pothier, 61, is in the hospital suffering from multiple leg and arm injuries he sustained in a hit-and-run last Sunday night. That’s on top of the Navy Veteran’s battle against kidney failure, for which he was on dialysis.

In the week leading up to the incident, Pothier found out he had gotten on the transplant list, according to the family’s GoFundMe.

“He was feeling upbeat and had a little bit of energy, and he said ‘I’m gonna go out, and I’m gonna mow the lawn,’” said Pothier’s wife, Paula Beverage.

Pothier was mowing the front lawn when he was hit by a car. According to GoFundMe, the 61-year-old was badly injured and going in and out of consciousness as he lay in the road.

"I’m just at a loss for words. I’m still kind of in shock. I just can’t believe that somebody could mow somebody down and keep right on going,” Beverage said. “To be hit in your own front yard is just beyond belief, and that somebody could be so heartless to just drive away - I don’t know.”

Police believe the vehicle that hit Pothier was a Ford Edge. It’s missing the passenger side mirror, which came off in the impact and was recovered at the scene.

"It really makes us sick to our stomach. Most people wouldn't do that if it was an animal, never mind a human being,” said Amy Spinelli, Pothier’s stepdaughter.

It could take months for Pothier to recover, his family says.