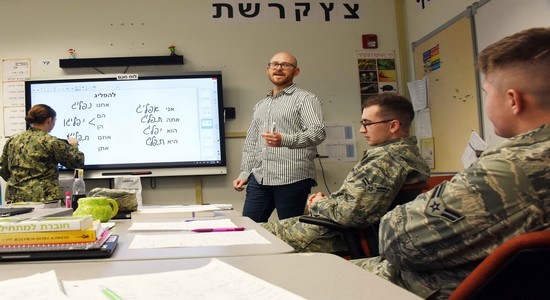 Nearly 34,000 disabled Veterans who haven’t paid back their federal student loans could see that debt automatically erased under bipartisan legislation proposed this week.

The proposal follows moves by the Departments of Education and Veterans Affairs last year to alert more Veterans about debt forgiveness programs for 100-percent disabled Veterans. More than 42,000 individuals nationwide are eligible for the aid, potentially dropping tens of thousands of owed dollars from their financial records.

But despite a push from the agencies, only about 20 percent of the eligible pool of Veterans has taken advantage of the program. And more than half of those Veterans have already defaulted on their federal loans, creating additional financial problems.

The new legislation — dubbed the Federally Requiring Earned Education-Debt Discharges for Veterans Act, or FREED Vets Act — would dismiss all federal student loan debt for eligible Veterans, regardless of whether they apply for the program. Supporters said the move would ensure that struggling Veterans receive the help they deserve.

“Congress has an obligation to ease the challenges our Veterans face when they come home and return to civilian life,” Rep. Connor Lamb, D-Pa. and a sponsor of the House draft of the bill, said in a statement. “This important bipartisan legislation provides a clear pathway for eligible disabled Veterans to receive a benefit they have earned through their service and sacrifice.”

The idea of automatically erasing the debt has been floated in the past, and was considered when federal officials first adopted the student loan forgiveness plan. But opponents of the idea — including the Department of Education — said under previous rules such a move could have created new tax liabilities for some families.

Senate Veterans’ Affairs Committee Chairman Johnny Isakson, R-Ga. and a Senate sponsor of the new legislation, said those issues were clarified in the 2017 tax overhaul. He said in a statement that he anticipates the proposal will move forward with strong support from both parties.

“This is a commonsense way to make it easier for totally and permanently disabled Veterans to receive the student loan relief they deserve, and I hope that we’re able to act quickly on it,” he said.

Like the existing program, the loan forgiveness bill would also apply to federal student loans that disabled Veterans take out for their children’s education.

No timetable has been set for when House and Senate lawmakers may vote on the measure. Both would have to approve the idea before it could be sent to the White House to become law.

Veterans who think they may be eligible for the debt forgiveness program can visit the Department of Education web site for more information.