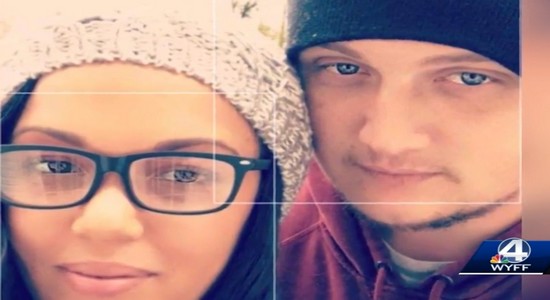 A Fountain Inn family is calling for help from the Department of Veterans Affairs before they end up without a home.

Jacob Skelly served five years in the military, including a tour in Iraq.

His time in the service ended when he was honorably discharged and diagnosed with post-traumatic stress disorder. He, his wife Autumn and their three kids now live in Fountain Inn. In large part, they rely on the money he collects the first of each month from the VA.

"He's 100 percent disabled, he's on a lot of medications and that's his money for our family," said Autumn, inside the family's home Tuesday.

They checked their bank account Monday, but didn't find a check. Each month, it comes on the first.

Nervous, they called the VA for answers.

Autumn said she believes they were hacked and said the VA told them the account number for where that check had been deposited changed.

"They did an open investigation, but they told us that it could be six-eight weeks until we hear anything back," she said.

"By the time we could get that check, we could be evicted. We could lose our vehicles. We have three kids, food and the water bill and the electric bill, all the important things."

She says her husband was distraught, frantically making calls.

"He was on the phone with them and he was, like 'What am I supposed to do?' He just started crying and they had no answers for him," she said.

She's wondering how they were hacked. They want the VA to help and take measures so this doesn't happen to anyone else.

"They should have some type of backup plan for when these things do happen."