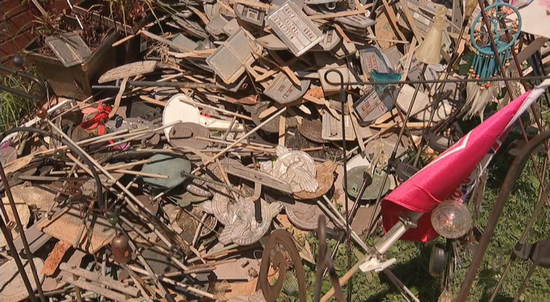 Flags and flag holders that once marked Veterans’ graves at Our Lady of Grace Cemetery in Langhorne, Pennsylvania, were recently discovered lying on a pile in the ground – causing distress to family members and raising concerns among Veterans groups.

A statement from the Archdiocese of Philadelphia said a new management company recently removed the items that were described as “deteriorated flags as well as deteriorated service markers.”

“Those markers should be on a Veteran’s grave,” Bill Stout, of the American Legion of Langhorne, told CBS Philly. “We honor our Veterans."

The removed items will be retired in an honorable and respectful manner in accordance with the U.S. flag code, according to the statement. The management company will also work with Our Lady of Grace parish and appropriate governmental agencies “to obtain replacement markers for those that were removed as part of the maintenance process.”

The statement did not explain why the company didn’t have new replacement markers first before removing the old ones.

Those with family members buried at the cemetery say the new company is enforcing other policies about what can be placed on tombstones more strictly than previous management companies have. A posted sign provides guidance on what can be left on gravestones.

“I guess it’s enforcement of rules that are in place, but then again, that sign’s been here the 50 years I’ve been coming here and it’s never been a problem,” Steve Abbot said.

Other items that were removed from gravesites are being held by the management company for a period of six months and are available to any family members who may wish to retrieve them, the statement notes.