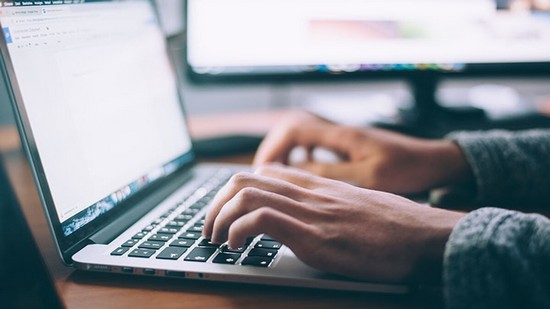 “While their objectives also include election interference, their activities and their effects continue without interruption year-round and are not limited to political elections.”

The findings are part of a wide-ranging report on the influence of foreign groups on the U.S. Veterans community, the culmination of more than two years of work by the group. Author Kris Goldsmith, chief investigator and associate director for policy and government affairs at VVA, said the report should serve as a wake-up call for law enforcement and the American public.

“We ought to be looking outside the country at this problem,” he said. “If someone stole technology from a defense contractor and used it to attack America, we’d be going after the people who did the attack. But here, we seem to expect Facebook to be policing all of this and taking these sites down.”

Goldsmith first got involved in tracking the problem after discovering an unauthorized “Vietnam Vets of America” Facebook page using the VVA logo and branding in 2017.

The site, run by a Bulgarian “troll farm” active in U.S. election destabilization efforts in 2016, grew to nearly 200,000 followers in less than a year and mixed legitimate news stories with faked reports and inflammatory commentary, all under the guise of representing an official Veteran service organization’s views.

After refusing to censor the page for several weeks, Facebook officials eventually relented and shut it down. Since then, VVA investigators have tracked more than 150 other similar overseas-based efforts on Facebook, Instagram, Snapchat and other social media and blogging platforms. Most are connected to well-known Russian and Eastern European agitators and criminals.

In some cases, the sites appear to be scams designed to peddle unauthorized merchandise, a long-standing problem within the Veterans community. But others seem focused less on direct financial gain and more on creating confusion and division within the Veterans’ community.

In both cases, the pages drew followings of tens of thousands of followers, many of them real American Veterans who may have confused the postings with official messages and group positions.

“(U.S. Veterans) have a higher propensity than other subgroups of Americans to be politically engaged — they are more likely to vote and serve in public office — and they tend to wield greater political influence on those around them,” the report states.

“Additionally, nearly one-third of the federal workforce is composed of Veterans. This makes the targeting of the MilVets population a means to jeopardize federal agencies ranging from law enforcement and defense to healthcare and food safety.”

Goldsmith said social media companies thus far have been open to working with Veterans groups on the issue, but shutting down sites only temporarily disrupts the scammers’ work. He wants to see more involvement from the FBI and U.S. law enforcement in tracking and prosecuting the foreign troublemakers.

VVA is also pushing the White House to issue an executive order “to protect troops and Veterans from exploitation by foreign actors and to strengthen American cybersecurity.”

The full report is available on the VVA website.