Next Social Security raise could be low, and that's not even the worst part

Next Social Security raise could be low, and that's not even the worst part 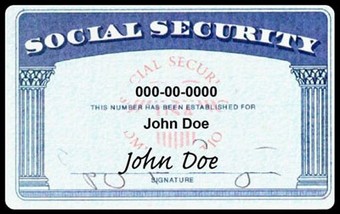 Social Security’s cost-of-living adjustment, or COLA, likely won’t rise much next year, but retirees may not feel any change — especially a positive one — at all.

The COLA for 2020 won’t be announced until next month, but one analyst expects just a 1.6% adjustment next year, down from 2.8% in 2019. Mary Johnson, the Social Security and Medicare policy analyst at the Senior Citizens League, a nonpartisan advocacy group for retirees, has been tracking COLA since 1996. She anticipated the 2.8% adjustment for last year the month before the Social Security Administration announced its COLA (and estimated correctly).

But the significant drop in COLA between 2019 and 2020 may not be the worst part. Social Security as it stands bases its adjustment on CPI-W, the consumer-price index and buying patterns of young workers. But young workers and retirees don’t spend their money the same way.

“They will spend less on health care and perhaps housing, and those are the two expenses that really make a difference for older Americans,” Johnson said. Young workers might spend between 7% to 10% of their money on health care, compared with older Americans, who can expect to spend 12% to 25% on it, she noted.

Social Security benefits have already lost one-third of buying power since 2000, another Senior Citizens League study by Johnson found. The system as a whole could use some attention from politicians, who are still debating if and how to expand the program. The two trust funds that support Social Security are running out of money, and if Congress doesn’t act, they can be depleted by 2035. If that were to happen, Social Security would be relying on money coming into the system as opposed to revenue and reserves to keep benefits afloat — and therefore, beneficiaries would receive only 80% of the checks they’re owed.

Two of the fastest-growing expenses for retirees are out-of-pocket prescription drug expenses and Medicare Part B premiums, Johnson said, and the latter has the potential to wipe out any COLA increase at all for retirees. The Medicare Trustees expect a jump of almost $9 more a month for the premium, compared with $1.50 a month more beneficiaries paid between 2018 and 2019. That means retirees receiving the average benefit will be left with about $15 more a month from COLA, but people who receive less in benefits might not see an increase at all. There is a federal law that prohibits Medicare premiums from decreasing whatever benefit retirees already receive. If an increase is erased by premiums, however, it will only lessen buying power for retirees.

The expected COLA will also have a negative impact on lifetime Social Security benefits, especially for people who retired in 2009 because of the unprecedented low adjustments this last decade. Johnson estimates benefits for people who retired in 2009 are about 17.5% lower today than they would have been had inflation continued to average 3% in the last decade — the equivalent to more than $17,000 in retirement income for someone who receives the average benefit, she said. That figure will only widen as time goes on.