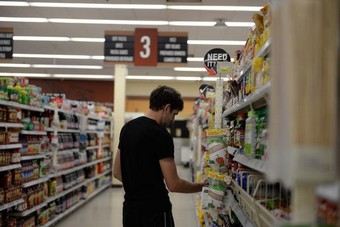 A new Senate proposal would expand military commissary and exchange access to veterans with military-connected disabilities, those who have been awarded Purple Hearts and veteran caregivers, among others. A similar proposal has already been passed by the House.

The fate of the House measure, included in its version of the annual National Defense Authorization Act, will be decided in the next several months as lawmakers reconcile differences between the House and Senate versions of that legislation.

Currently, only active-duty members and their families; spouses and children of those killed in service; Guard and Reserve members and families; military retirees; 100 percent service-connected disabled veterans; and Medal of Honor recipients may shop at the commissary.

But the House and Senate proposals would expand shopping as well as access to Morale, Welfare and Recreation (MWR) services to veterans awarded a Purple Heart; former prisoners of war; and those with a service-connected disability and their caregiver spouses. It would also expand MWR access to Medal of Honor recipients.

A study completed by the Defense Department late last year concluded that it was financially feasible to open commissary shopping to those new patron categories so long as they were excluded from purchasing alcohol and tobacco products and were charged an additional five percent surcharge.

The results of that study were first reported in the Military Report news column.

All commissary patrons are currently charged a five percent surcharge above the wholesale cost of the merchandise. That surcharge funds the system's technology and store maintenance.

Neither the House nor Senate proposal includes the new surcharge.

"Expanding access to new patron groups promises to ensure long-term, sustainable access to commissary privilege -- consistently ranked one of the most important non-cash compensation benefits among service members," Sens. Brian Schatz, D-Hawaii, and John Boozman, R-Ark., said in a letter sent to the Senate Armed Services committee and obtained by Stars and Stripes.