Are You Eligible For Additional Payment for Asbestos Related Illnesses?

Are You Eligible For Additional Payment for Asbestos Related Illnesses? 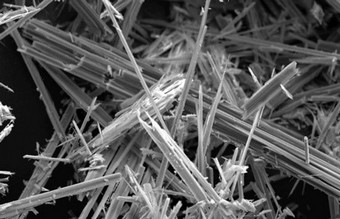 Most US Veterans who worked around asbestos and have an asbestos related lung condition know to apply for VA disability compensation benefits. At Hill and Ponton, we are here to help Veterans fight for their VA benefits. Today, however, we are leaving our area of specialization to make sure Veterans who have been exposed to asbestos know about another benefit they can file for, the Asbestos Trust Funds. Veterans, and their family members, who have asbestos-related conditions, are eligible for a monetary compensation from one or more of several trust funds created to pay victims of asbestos exposure by companies who manufactured and used asbestos, including the US Military. The creation of the trust funds started with the Federal-Mogul Corporation.

The Federal-Mogul Corporation was founded in 1899 and had in 2017 had net sales of almost $8 billion. The conglomerate builds powertrain and motor parts, including those for agriculture, space, and marine vehicles. In an effort to be more efficient, in their post WW II expansion, they purchased dozens of companies that manufactured the parts needed to build their machines. One of those companies was the South African mining company called Turner and Newall. T&N had been responsible for an asbestos disaster in the suburb of Armley, Leeds, UK; the location of their factory, where the highest measured rates of mesothelioma were recorded. Federal-Mogul set aside $2.1 billion to cover the disaster at Armley, but was not prepared for the reach asbestos had acquired.

After Federal-Mogul acquired Turner and Newall and had several other companies they owned have lawsuits filed against them due to asbestos, the conglomerate filed for reorganization bankruptcy in 2001 and did not reemerge until 2007. According to the bankruptcy agreement, the insurance policies held by Federal-Mogul bear liability for claims due to asbestos-related injuries against the corporations under the Federal-Mogul umbrella. Federal-Mogul, and approximately 60 other companies who went through similar processes, set up trust funds worth approximately $37 billion combined to pay those who have breathing-related or other diseases linked to asbestos.

What is Asbestos and What Did it Do?

Asbestos is a mineral that was used for insulation and fireproofing, two things that were valued immensely by the military. Asbestos was used to insulate and fireproof the floors, ceilings, walls, and hulls of planes and ships, buildings, and barracks. Every time a pipe was refitted, a ceiling or hull scraped to be repainted, or something with insulation taken apart or put back together, asbestos was released into the air around for all to breathe. The result was over 30 million asbestos-related deaths and of the 20 million Veterans 30% currently live with lung disease, lung cancer, COPD, mesothelioma, asbestosis, or some other condition due to their exposure to asbestos. Compared to only 8% of the general population.

Who Was Exposed and What Does is Cause?

Asbestos was found in other products as well, such as fire retardant suits for fire personnel. Everyone who walked into a building, sat in a plane, or got onto a ship, was potentially exposed to asbestos. Fortunately, not everyone breathed in the fibers or became sick, but for those who did, having a diagnosis of a lung disorder and evidence of serving in a job related to one of the above is the evidence needed to start a claim with the VA.

Exposure on ships also was related to where a sailor was located on the ship. Certain areas contained more asbestos such as engine and boiler rooms.

Asbestos exposure can lead to several different illnesses. To file a claim for either VA benefits or the Asbestos Trust, there must be a diagnosed condition. Among the most common illnesses linked to asbestos exposure are:

These conditions are covered by the Asbestos Trust and eligible for payouts. However, some of the trusts have an “other conditions” category. The VA also can pay benefits if a link is shown between a condition and an in-service event, such as exposure to asbestos, and there are studies showing links to the following conditions as well:

Differences between a VA Claim and an Asbestos Trust Claim

For a VA claim, there has to be evidence that a Veteran actually was exposed to asbestos. The VA requires evidence of actual contact such as being a plumber who actually worked on the pipes of the ship and not just being on the ship. To be considered exposed, a Veteran has to show that they actually worked on the pipes, pulled them apart and touched them. While the VA accepts lay evidence and errs on the side of the Veteran, there still has to be a link to exposure in order to grant service connection. In addition to actually having a disease caused by asbestos, the VA wants corroboration that the Veteran was directly exposed.

The Asbestos Trust does not require such a stringent burden of proof. Having worked in a building, ship, or plane that contained asbestos or having a job that involved working with asbestos materials is enough to file. An example of the difference would be: Veteran Joe was stationed aboard the USS Kitty Hawk from 1969-1970; he now has a diagnosis of lung cancer. Based on that information alone, he can file a claim with the Asbestos Trust. However, to file a claim with the VA, Joe needs to show he actually worked in direct contact with asbestos and to rule out other potential causes of his lung cancer such as smoking or other careers where he may have been exposed to asbestos showing it was more likely than not that the exposure on board the USS Kitty Hawk caused his lung cancer.

The VA, if awarded, pays a monthly compensation amount where the Trust pays out a one-time compensation based on the claim/diagnosis of the claimant. The trusts originally paid out 100% of the actual “value” of the claim, but due to dwindling funds, they now only pay out 30% of a claim. As funding decreases, that percentage may decrease as well. The total amount held in the trusts is expected to continually decrease until the trusts are exhausted; another reason that time is of the essence.

One more difference between a VA claim and an Asbestos Trust claim is that the family members of those who worked with asbestos are also eligible to file a claim against the Trust if they have an asbestos related disease.

Do I Have a Claim Against The Trust?

Second, there is the issue of which trust, or trusts, to file a claim with. When a victim files a claim, it might need to be against multiple trusts based on being exposed over time or several sources. Claims for Veterans are focused on the trusts from companies who supplied asbestos to the US government based on which branch the Veteran served in, geographical locations, type of work, etc. So the asbestos used by the US Navy based out of Norfolk, Virginia to insulate pipe fittings on ships may have been from different companies than the asbestos a mechanic in the Air Force at Tinker AFB, OK is exposed to when working on the brakes of a P-3A.

Trusts payout based on the level severity of the disease and the amount the claimant files. The payout schedule for the Federal-Mogul Trust and a listing of the largest companies that currently hold an asbestos trust are below. The Trusts usually are combined in payouts, so the schedule is similar for most of them across the board. But this is just one schedule of payouts and they do vary. Importantly, they also vary based on if the claimant is represented by an attorney or not.