Senate stalls on a bill to help student Vets, even as GI Bill processing delays spike

Senate stalls on a bill to help student Vets, even as GI Bill processing delays spike 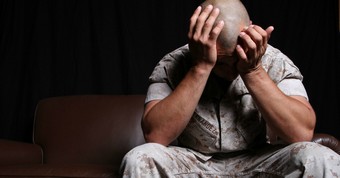 Many student Veterans have been waiting longer than normal for their GI Bill benefits this semester, as the Veterans Affairs Department works through a backlog of claims affecting thousands of students.

Meanwhile, legislation that could have helped these students is stalled in the Senate, and Veteran education advocates, along with some members of Congress, are calling for action.

“There is significant concern about the delayed Forever GI Bill benefit payments,” said Ashlynne Haycock, deputy director of policy and legislation for the Tragedy Assistance Program for Survivors, one of the organizations that helped push the legislation through the House of Representatives last spring. “We all knew there would be a wait, but clearly this extended delay points to the fact that we must get the Senate to move on the SIT-REP Bill … to protect students and Veterans.”

The legislation, which passed the House unanimously in May, would require schools to adopt a policy stating they will not deny access to classes or facilities, impose late fees, or make students pay out-of-pocket because of unpaid balances, as long as the student has provided a certificate of eligibility for VA benefits.

This would ensure that no GI Bill users are punished by their schools because of VA processing delays. But since the legislation hasn’t passed, some organizations say their members are being charged late fees or barred from registering for next semester’s classes.

The bill, which has also garnered the support of Veterans of Foreign Wars and the American Legion, was referred to the Senate Committee on Veterans’ Affairs in late May, but there has been no movement on it since. A staffer for Committee Chairman Sen. Johnny Isakson, R-Ga., said their office has reached out to Veterans’ groups and schools impacted by these policies and is currently working through the legislation.

Rep. Phil Roe, R-Tenn., chairman of the House Committee on Veterans Affairs, said he urges his Senate colleagues to quickly pass the bill and President Trump to sign it into law.

“This legislation is critical to protecting our student Veterans from situations like the one we (currently) face,” Roe said in an email.

As of Wednesday, the VA has 120,000 education claims pending, most of which are for Post-9/11 GI Bill payments, a spokesman for the agency said in an email. Approximately 1,200 claims have been pending for 60 days or more.

Original claims for first-time GI Bill users are taking an average of 33 days to process, and supplement claims are averaging 23 days, which is higher than the VA’s goal to process these types of claims in 28 and 14 days, respectively. One reason for the backlog is that the VA is still working to get its technology systems up to date with the new Forever GI Bill law, which was supposed to change how housing stipends are calculated for GI Bill users starting Aug. 1.

“VA education benefit claims processing employees are working mandatory overtime, and VA has augmented its processing workforce by 202 people to help reduce processing times," the spokesman said. "With these measures in place we are processing an average of more than 16,000 claims per day.”

He said the VA expects to get the overall number of outstanding education claims under 100,000 in early November.

It’s difficult to determine just how common it is for schools to penalize students whose VA payments don’t come in by their deadlines. In a recent Military Times survey of around 500 colleges and universities, the vast majority of colleges said they have special policies for students whose VA or Defense Department education benefits are delayed. In many cases, these policies protect students from incurring late fees or being dropped from classes for nonpayment.

In a letter to schools last week, VA Director of Education Service Robert Worley asked that campuses not penalize students if they have not received tuition and fee payments from the VA.

“Late payments are likely due to VA processing delays and certainly are not the fault of the student. We ask for your patience as we work to resolve the ongoing challenges," he wrote. “If your school is waiting for tuition and fee payments for GI Bill students, we respectfully urge you to continue to work with the students so they may continue their academic pursuits.”