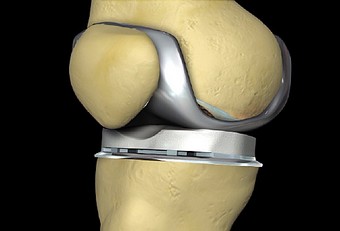 Of all the disabilities listed on the VA’s Schedule for Rating Disabilities, the ratings involving the knee are one of the most difficult for Veterans to understand – and for the VA to get right. Much of the confusion stems from the fact that a Veteran may be able to receive multiple ratings for the same knee, depending on the severity of his or her condition. In previous posts, we discussed ratings for limitation of flexion and extension, instability, and meniscus injuries. Today we are going to discuss the ratings available for knee replacements.

Before we get into knee replacements specifically, it is important to understand why exactly it is that multiple ratings are allowed for the knee. As explained in the previous posts in this series, the “Rule against Pyramiding” and the rule that the VA must maximize benefits for a Veteran work together. This means that separate disability ratings may be assigned to different conditions where none of the symptomatology for the separately rated conditions is duplicative or overlapping. This is particularly important for the knee, where one injury may cause many different issues, and these separate manifestations of that injury may all be entitled to separate ratings.

Total knee replacements are rated under DC 5055. A Veteran will receive a 100 percent rating for a service-connected total knee replacement for 1 year following the implantation of the prosthesis. A 60 percent rating is warranted for chronic residuals consisting of severe painful motion or weakness in the affected extremity. Intermediate degrees of residual weakness, pain, or limitation of motion should be rated by analogy under DCs 5256, 5261, or 5262. The minimum rating for a knee condition status post-knee replacement is 30 percent.

Convalescence ratings (also known as temporary 100% ratings) are an important part of the discussion of total knee replacements. Convalescence is defined as the act of regaining or returning to a normal or healthy state after a surgical operation or injury. The 1 year period for the 100 percent rating under DC 5055 begins after the expiration of any convalescence ratings. For example, a Veteran enters the hospital on 5/20/17 for a total knee replacement and is released on 6/2/17. His convalescence rating will expire on 6/30/17 and his 100 percent rating under DC 5055 will begin on 7/1/17. It is important to note that a Veteran may be eligible for a longer convalescence rating depending on his or her recovery from the surgery. There is no requirement that the Veteran must be confined to his or her home, but there does need to be medical evidence that a longer convalescence is required. The best evidence for this is a note from the Veteran’s doctor. In fact, a Veteran undergoing any surgery for a knee condition should always ask his or her doctor for a note regarding the applicable period of convalescence and be sure to get notes regarding any extensions for that convalescence period. A Veteran can receive extensions for his or her convalescent rating for a total duration of up to 6 months, in increments of 1, 2, or 3 months. After the initial 6 months, a Veteran can receive additional extensions of 1 to 6 months for “severe postoperative residuals” or if he or she has a “major joint immobilized by a cast.” This means that a Veteran can technically have up to 1 year of convalescence ratings.

Once the Veteran’s convalescence period is up, and his 1-year 100 percent rating under DC 5055 is up, the VA will reevaluate the Veteran’s knee and rate the Veteran for any postoperative residuals. Typically, the Veteran will be scheduled for a C&P examination for this purpose. If a Veteran has chronic residuals consisting of severe painful motion or weakness in the affected extremity, he or she should be awarded a 60 percent rating. Unsurprisingly, the term “severe” is not defined in the regulation. Therefore, it is the best practice to always argue that residuals are severe. A Veteran is competent to comment on his or her observable symptoms, so the Veteran should submit a statement detailing the day-to-day residuals and how they affect functioning. As noted in past posts regarding rating knee conditions, a Veteran should submit any lay statements he or she can from people who have witnessed these severe postoperative residuals. A Veteran may also want to have an examination with a private doctor who can comment on the severity of his or her residuals, especially if the C&P examination is not favorable.

As noted above, the minimum rating for a knee condition status post knee replacement is 30 percent. If a Veteran has intermediate degrees of residual weakness, pain, or limitation of motion, the condition should be rated analogously under DC 5256, 5261, or 5262. The symptoms do not need to be exact, just “closely analogous.” It is important to note that the VA cannot require additional criteria when determining the proper rating under DC 5055. For example, they cannot state that a certain limitation of motion or gait alteration is required.