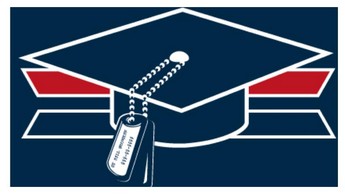 The VA's regional offices reopened on Monday, but the canceled work came less than two days after a House committee demanded answers on delayed payments to Veterans.

A VA spokesman said a system update stymied the agency's attempts to work on its backlog of benefit claims, putting a halt to the mandatory overtime ordered to address the problem. NBC News previously reported that computer problems have caused GI Bill benefit payments that cover education and housing to be delayed or made incorrectly, forcing some Veterans to face dire financial circumstances.

At Thursday's hearing before the House Veterans' Affairs Committee, VA officials were unwilling to offer a concrete date — or even an estimate — for when the problem might be fully resolved, but said they would continue with mandatory overtime to address the issue.

“The plan going forward is to continue our overtime work, continue to have the improved processing provided by 200 additional processors,” Gen. Robert Worley, the director of VBA’s education service, testified on Thursday. “We’re focusing, as I said, on the old work first. We’re handling hardships as they come in. And that’s the ongoing effort that we’ve gone through since the peak of this fall, which was 207,000 claims on Sept. 4.”

The VA confirmed that it alerted employees at 9 a.m. ET on Saturday that all overtime work on education claims would be canceled at the three regional offices, but it did not respond to multiple requests for comment on the number of workers who were told to stay home.

Stars and Stripes reported last week that overtime has cost about $300,000 every week since the beginning of August, totaling about $4.5 million.

The House Veterans' Affairs Committee, which held Thursday's hearing, began to investigate the matter on Saturday after they found out about the canceled work, a committee aide told NBC News.

The committee believed it was "an internal communication issue" at the federal agency, the aide said, as VA officials told them the system was not "down." However, the payment system became "unavailable" when they input new compensation and pension rates that are to take effect Dec. 1.

"Education staff were told that this wouldn’t impact processing of education claims but they were wrong," the committee aide said. "As such, they canceled overtime this past weekend.”

Curt Cashour, a spokesman for the Department of Veterans Affairs, said that full operations at the regional offices resumed Monday morning and that the canceled overtime would "have little effect on VA's overall education claims processing, as the department's education claims inventory is trending downward."

Cashour denied that thousands of Veterans had waited months for payment or been made homeless by the delayed payments.

Sen. Mike Enzi, R-Wyo., the chairman of the Senate Budget Committee, however, sent a letter to Veterans Affairs Secretary Robert Wilkie on Friday, asking him to address the multiple reports that the delayed payments have put student Veterans in difficult financial circumstances.

The chairman also asked how much money VA had spent to address its computer system, the number of employees working on it, the status of the IT upgrades, the amount of time it will take VA to correct its payments and send them to Veterans, how much is owed to student Veterans and how VA is communicating with students and schools about the delays.

“These problems have forced our Veterans to go without money to pay for basic necessities like food and rent, with some facing potential eviction or the prospect of getting kicked out of school,” Enzi said in a statement. “They deserve better.”

The VA said as of Saturday that it had approximately 51,000 pending post-9/11 GI Bill claims. According to Cashour, each education claim is processed in 24.3 days for original claims and 17.3 days for supplemental claims.

"VA’s education claims inventory includes claims that are as new as one day old, and not all involve payments, such as initial applications or changes of programs," Cashour said in an email to NBC News on Saturday. "Approximately 1-percent or fewer of VA’s education claims are more than 60 days old. We continue to monitor closely and prioritize these claims."