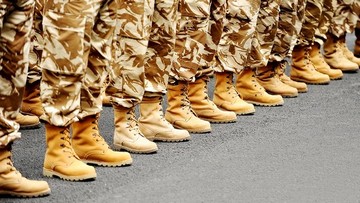 The Department of Veterans Affairs (VA) told congressional staffers on Wednesday that it will not repay Veterans who received smaller GI Bill benefit payments than they were owed, NBC News reported.

Committee aides told the outlet that the VA said it could not reimburse those Veterans without auditing past education claims, which, they said, would hold up future claims.

The issue first came under scrutiny after GI Bill payments were delayed due to a change in calculating housing allowances under the Forever GI Bill, which President Trump signed into law last year. According to NBC News, the department's computers were unable to process the change, quickly leading to an immense backlog of Veterans' claims.

The issues ultimately resulted in Robert Worley, executive director of the VA's education service, being reassigned earlier this month.

Because of the backlog, the department announced Wednesday that it would delay the bill’s housing allowance changes until next year, also pledging that Veterans who received incorrect GI Bill benefit payments would eventually be paid the correct amount.

Committee aides, however, said VA officials told Capitol Hill staffers on Wednesday that the department will not retroactively reimburse underpaid Veterans due to the housing miscalculations once the system is fixed next year, according to NBC News.

"They are essentially going to ignore the law and say that that change only goes forward from Dec. 2019," one aide told the outlet.

Pressed for comment by NBC, VA spokesman Curtis Cashour said that attempting to implement the new law would put “an enormous administrative burden for schools in which some 35,000 certifying officials would have to track retroactively and re-certify hundreds of thousands of enrollment documents.”

He added that the department would instead be paying housing allowances in accordance with the Department of Defense's previous Basic Housing Allowance rates until next year.

Cashour pushed back in a statement to The Hill on Thursday, claiming “the NBC report is misleading and gives the false impression that some Veterans on the GI Bill will not be made whole with respect to their housing payments."

“Nothing could be further from the truth,” he continued. “Each and every Veteran on the post-9/11 GI Bill will be made 100 percent whole — retroactively if need be — for their housing benefits for this academic year based on the current uncapped DoD rates, and, beginning in spring 2020, we [will] be in a position to provide Veterans the new rates where applicable to meet the law known as the Forever GI Bill.”

“For many students, this DoD BAH [Pentagon Basic Allowance for Housing] rate will be equal to or higher than their current payment,” Cashour continued. “If a student was overpaid due to the change in law or because of VBA’s challenges in implementing the law, the student will not be held liable for the debt.”

Cashour added that the VA in spring 2020 “will have solved its current information technology difficulties" to comply with the Forever GI Bill changes.