5 Things for Veterans to Know About Expanded GI Benefits

5 Things for Veterans to Know About Expanded GI Benefits 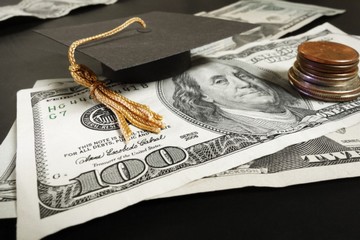 Thousands of Veterans who attended a vocational school or college that closed will have their benefits restored under the "Forever GI Bill," experts say.

The Forever GI Bill, which passed the U.S. Senate unanimously, is estimated to cost more than $3 billion over 10 years.

"It restores benefits to Veterans who were impacted by school closures since 2015 and has special benefits for our reservists, surviving dependents and Purple Heart recipients," said Veterans Affairs Secretary David Shulkin in a statement.

The new law will also eliminate the 15-year limit on educational benefits for new enlistees. As the bill's nickname implies, Veterans will no longer have a time limit for completing their education.

Since the GI Bill's creation in 1944 during World War II, it has been updated several times to help Veterans pay for college and training. The last expansion, the post-9/11 Veterans Educational Assistance Act, often called the post-9/11 GI Bill, was eight years ago.

According to the 2017 annual report by the Department of Veterans Affairs, 79 percent of Veterans who enrolled in a higher education program in 2016 were beneficiaries from the post-9/11 program.

"If the last GI Bill had a significant enrollment, then we could probably expect an increase in general enrollment by the current expansions," Zhang says.

1. Veterans whose colleges shut down in the middle of the semester will have their benefits restored. The closure of several colleges and universities in 2015 and 2016, many of which were for-profit, adversely affected many student Veterans, experts say.

"So those who were attending ITT when it closed will have a full restoration of the benefits and be able to use the benefit at a different school," says James Schmeling, executive vice president of District of Columbia-based Student Veterans of America, a nonprofit advocacy group.

But this benefit is not just for those who attended ITT Technical Institute, it also applies to service members who attended a postsecondary institution that closed after January 2015. According to the Congressional Budget Office, $50 million will go toward restoring benefits to thousands of Veterans next year.

2. New service members can use the benefit throughout their lifetimes. The caveat is it's only for those who were discharged on or after Jan. 1, 2013.

For those who meet this cutoff, the expansion will eliminate the 15-year time limit to use these benefits.

Experts say this will enable more Veterans to complete college or higher education courses for a career, which are necessary for wage gains.

Schmeling says student Veterans often voice that they had to choose other fields since some STEM bachelor's degrees can take up to five years to complete.

"They were choosing other degrees that they could complete during the availability of their GI benefit. So extending them allows them to take STEM more seriously than they might have before," he says.

Veterans interested in these fields will be eligible to receive either nine months more of educational benefits or up to $30,000 in a lump sum, the maximum amount.

While many of the bill's provisions go into effect next year, this provision won't be available until August 2019.

4. All Purple Heart recipients since Sept. 11, 2001 are now eligible for educational benefits. Previously, many reservists who were injured during active service didn’t meet the full requirements for the GI Bill.

A dependent will also be able to transfer the remaining benefits to another dependent after the death of the Veteran, too.

"It's not really a large expansion, but it's a humanitarian need for those who need to transfer," Schmeling says.