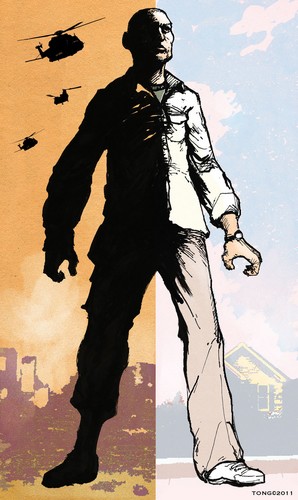 That many U.S. Veterans didn’t receive the educational benefits they were owed in recent months is inexcusable.

What would be an even greater outrage, however, is if the federal government allows these mistakes to persist.

The Department of Veterans Affairs must develop a clear plan to ensure GI Bill recipients receive their proper housing stipends and other educational benefits as soon as possible. The technology failures that reportedly caused thousands of Veterans to receive late or incorrect benefit payments in 2018 should be swiftly corrected.

There can be no more excuses.

So far, VA officials have offered little assurance that the situation is under control. After making a series of confusing statements, VA officials now say all GI bill recipients will receive the full housing payments and other benefits they are owed, retroactively if need be.

But while the VA committed to correcting some of its computer problems by Dec. 1, 2019, it still looks as if it will be many months before all Veterans are made whole.

That uncertainty is unacceptable for student Veterans who rely on precise benefit amounts to pay for tuition, food and rent.

The chaos is particularly uncalled for because the VA had a year to implement changes mandated by the Forever GI bill, as noted by U.S. Sen. Patty Murray, D-Washington, at a recent committee hearing. The agency has said changes to how housing payments are calculated under that bill precipitated the recent IT failures and delays.

Congress did the right thing by stepping in last month and setting a deadline for the VA to fix its backlog of incorrect payments. But the compliance date of Jan. 1, 2020 remains too far away — especially since the VA was supposed to have already implemented these changes months ago.

As Murray told VA Secretary Robert Wilkie last month, “These are basic tasks that the VA cannot get wrong.” Murray and U.S. Rep. Derek Kilmer, D-Gig Harbor, recently signed onto a letter calling for an inspector general investigation into the VA’s payment problems.

To their credit, both houses of Congress also passed legislation to ensure universities won’t penalize students if the VA misses a tuition payment.

Yet these are steps Congress should have never had to take in the first place. Nor do they fully address whether the VA will be prepared to roll out other new benefits mandated under the Forever GI Bill in the coming months. Those include a benefits extension for students enrolled in science, technology, engineering and mathematics (STEM) programs, which is supposed to take effect in August 2019.