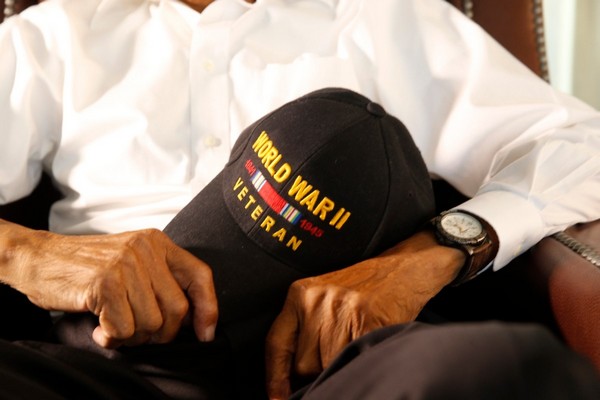 WASHINGTON — Veterans rejected for disability benefits will have a new slate of appeals options starting next month, when federal officials will put in place an overhaul the review process with hopes of dramatically cutting down on wait times for the complicated cases.

Last week, Department of Veterans Affairs officials announced they will implement new appeals modernization rules starting Feb. 19. Work on the effort has been underway for more than 18 months, since lawmakers passed sweeping reform legislation on the topic in August 2017.

Under the new rules, Veterans will be given three options for their benefits appeals. All three are designed to streamline the complicated existing process for cases, which can languish for years as new evidence and arguments are introduced throughout the timeline.

Now, VA leaders are hoping the most difficult reviews can still be completed in under a year in the vast majority of cases. Their target for cases which don’t go before the Board of Veterans Appeals is an average of about four months for a final decision.

A successful appeal can mean potentially thousands of dollars in monthly benefits payouts for Veterans who have previously been turned down for what they believe are service-connected injuries and illnesses. VA and Capitol Hill leaders hailed the changes as a long-overdue fix.

“(This) is the most significant reform in Veterans’ appeals processing in a generation and promises to improve the timeliness and accuracy of decisions for our nation's Veterans,” said House Veterans’ Affairs Committee Chairman Mark Takano, D-Calif.

He promised close oversight of the work ahead, but also hope about the potential rewards for Veterans.

Committee ranking member Rep. Phil Roe, R-Tenn., last week visited a regional office in his home state that will be involved in the new appeals process and left feeling confident in its success.

“The VA staff feel really good about this,” he said. “They’re worked out the hiccups they’ve had, and are ready to move ahead. Getting all the training and experience is going to take time, but I walked away optimistic.”

Veterans groups largely supported the appeals overhaul, although a few groups have expressed concerns about the new system limiting Veterans options for future reviews in favor of getting faster answers.

Under the first of the three new appeals processes, Veterans can file a supplemental claim where they introduce new evidence backing their case. The appeal is handled by specialists at a regional office, who render a final decision on it.

In the second option, Veterans can request their case be reviewed by a senior claims adjudicator instead of the regional office. Those experts will review cases for clear errors or mistaken interpretations of statute. If they find mistakes, they can mandate corrections for the cases.

Finally, Veterans will also be able to appeal directly to the Board of Veterans’ Appeals. Those cases are expected to take the longest to process, because of the legal prep work involved. Veterans can get a direct decision or request a hearing before the board.

Portions of the new process have been implemented as pilot programs at select sites in recent months. Previously, cases involved a combination of all three options, with cases reset and repeating steps with every new submission of case evidence.

Veterans with cases currently pending in the system can opt-into the revamped processes starting next month, or remain in the current system if they believe it will better benefit them.

More information on the changes is available through the Veterans Affairs benefits website.