This school waives out-of-state tuition for Vets, GI Bill or no GI Bill

This school waives out-of-state tuition for Vets, GI Bill or no GI Bill 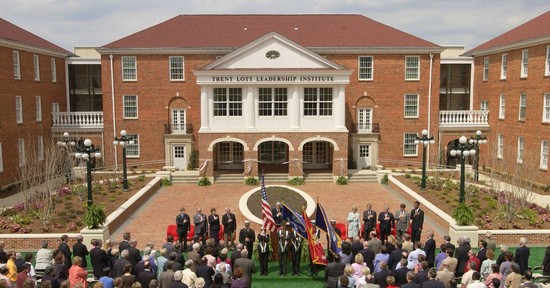 Out-of-state tuition rates? For qualifying Vets, there’s no such thing at this school — regardless of whether they have GI Bill benefits.

The University of Mississippi, known better to college sports fans as Ole Miss, encourages Veterans to attend with its Military Non-Resident Tuition Scholarship, which pays for the extra tuition that out-of-state students automatically incur.

This scholarship is also available to the spouses and children of Veterans if they meet certain requirements.

“It’s a big decision-maker for families when they’re deciding whether to go to Ole Miss or another school because a lot of schools don’t do this stuff,” said Andrew Newby, Ole Miss’ assistant director of Veteran and military services at its Center for Student Success & First-Year Experience.

Federal law requires public universities nationwide, Ole Miss included, to waive out-of-state tuition for qualifying GI Bill users and only charge them the in-state rate, which the Post-9/11 GI Bill fully covers. But this only applies under certain circumstances — Vets must be within three years of separation and meet other requirements. And when your GI Bill benefits are done, so is that out-of-state tuition waiver.

But at the University of Mississippi, once Veterans exhaust their Post-9/11 GI Bill benefits, they gain access to the non-resident scholarship to pay for the remainder of their out-of-state tuition costs. This covers the entire time they’re enrolled in any Ole Miss academic program. That can range from the start of their undergraduate careers to graduate degrees and even law school.

Veterans who begin their time at Ole Miss without education benefits are also immediately allowed to use the non-resident scholarship.

And you don’t even have to apply for it. Once Ole Miss receives a Veteran’s DD-214 form proving he or she has separated from the military, the school assesses the Veteran’s out-of-state status and applies the non-resident scholarship accordingly.

“The reason that it’s a big deal is that once you’ve exhausted your benefits and still find yourself in school, we’re going to cover your out-of-state costs anyway,” Newby said. “If you want an education from Ole Miss and you want an SEC college experience, we’re going to take care of you for as long as you’re in school.”

Spouses and children can also use this scholarship if their Veteran family member has shared or transferred at least one day of specified types of VA benefits with them. These dependents get their own non-resident scholarships and can use them at the same time as their parent or siblings.

Newby said there are about 1,000 students at Ole Miss using some form of Veterans’ benefits. He estimated that about 40 percent of those students came to Ole Miss from a different state and use the non-resident scholarship.

One such student is Winston Taylor, a 24-year-old junior from Prattville, Ala. The former Army cannon crewmember said the non-resident scholarship played a huge role in his decision to attend Ole Miss instead of the University of Alabama in his home state.

“When I found that out, it was great news,” he said. “That’s a huge financial difference.”

Taylor is currently thinking about going to law school. He called his time at Ole Miss a “great college experience” and said that the fact the non-resident scholarship is available to him as long as he continues school there is making it more likely he will stick around if he decides to pursue a law degree.

Navy Veteran Lauren Graham, 27, is currently an Ole Miss junior. She is originally from Fischer, Texas, but the non-resident scholarship sold her on being a Rebel.

“It allowed me to be able to actually go here,” she said.

Graham is the vice president of Ole Miss’ Student Veterans Association. She also used to work in the school’s Veteran and Military Services office and saw firsthand the elation Veterans feel when they realize that they no longer need to worry about paying that extra out-of-state tuition.

“When they find out they get it, you can see they’re so relieved and excited, because it takes this incredible burden off them,” she said.

Newby advised Veterans seeking a higher education to not just look at universities or other kinds of schools in their home state, which would be “doing yourself a disservice by limiting your options," he said.

He believes that Ole Miss’ non-resident scholarship unlocks a world of academic possibilities for Veterans.

“Southern hospitality is a real thing, and we have that at the University of Mississippi,” he said.