Get the Hearing Loss VA Benefits You Deserve

Get the Hearing Loss VA Benefits You Deserve 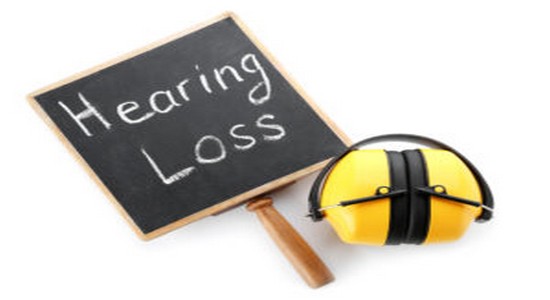 Some of the most common disabilities among Veterans are hearing conditions. These conditions include tinnitus, hearing loss, and deafness. Many Veterans are exposed to high volumes of noise for prolonged periods of time while in service. This noise exposure can cause a plethora of issues which include noise-induced hearing loss or tinnitus. In fact, tinnitus is the number one most commonly claimed condition by Veterans with over 1.6 million claims according to the Veteran’s Benefits Administration Annual Benefits Report. Tinnitus is a condition which causes noise in your ears. This noise can differ from person to person, with some individuals reporting ringing, buzzing, roaring, or clicking. Tinnitus can begin gradually or suddenly and can occur months or even years after a Veteran has had damage occur. Tinnitus can decrease your quality of life by causing depression, sleep disturbance, or lack of concentration.

How Does Noise Exposure Affect Me?

Now, that we have some background information on hearing conditions, we are going to discuss the impact of noise exposure directly. For example, a Veteran, while in service, suffered for many years from exposure to extremely loud noises from mortars, small arms, and other gunfire now suffers from tinnitus and hearing loss. Additionally, this Veteran was a paratrooper and completed a number of jumps. It is also important to recognize that the Veteran, a paratrooper, spent numerous hours within a military aircraft.

Table 1 and 2 below depict the amount of permissible noise allowed in the workplace according to the Occupational Safety and Health Administration and the peak sound pressure level range of different weapons. As you can see, the weapons emit high levels of noise, in fact, they emit much higher levels of noise than permissible in a workplace setting.

What the Professionals Say about Noise Exposure

Table 1: Amount of permissible noise exposure allowed in the workplace:[1]

How it All Applies to the Military

The correlation between hearing loss and noise exposure is described by Jenica Su-ern Yong and De-Yun Wang in their article entitled, “Impact of Noise on Hearing in the Military” which reported that:

“The US Department of Defense published a medical surveillance monthly report on noise-induced hearing loss and it was found that noise-induced hearing injuries were more prevalent among combat-specific occupations (41.2 per 1000 person-years of active component military service) [8]…Military aircraft personnel is not spared…In fighter planes, the noise level ranged from 97 to 104 dBA, in jet trainers the noise level was at 100 to 106 dBA and in transporter aircraft, the noise level was found to be between 88 to 101 dBA [12]. In such settings, due to chronic noise exposure, pilots were found to exhibit hearing impairment [13].”

Using Table 1 in correlation with the article above, we can determine that the noise level produced by a fighter jet would only be permissible in the workplace for approximately 1-2 hours. Comparatively, 80 dBA is equivalent to an alarm clock; while 85 dBA is equivalent to the sound of city traffic from inside your car. Sounds reaching 106 dBA which are only permissible for a ½ hour to 1 hour can be compared to a jet taking off, a jackhammer, or a live rock concert. Alternatively, if you look at Table 2, you can see that the peak sound pressure generated by firearms is far greater than the permissible level of noise allowed in a workplace setting. Being exposed to that level of noise for prolonged amounts of time or repetitively can cause severe damage to your hearing.

What About Hearing Loss and Airborne Veterans?

Additionally, it is imperative to note that pilots demonstrated hearing impairment due to the noise exposure produced from military aircraft. Our Veteran from the earlier example would have also been subjected to chronic noise exposure within the aircraft itself while onboard to complete jumps. Sudden pressure changes, such as jumping out of an airplane, can be significantly damaging to the auditory system as well.

As we discussed above, the impact of these events can lead to serious effects on your day to day life by interfering with your ability to communicate, concentrate, and socialize. If you have suffered hearing loss or tinnitus due to your time in service, it is important to remember what is required to prove your claim. To establish service connection, you will need a diagnosis of a hearing condition, evidence of an event (or events) that caused the condition, and a medical opinion that links together both your current condition to the event that you experienced in service. For more information on filing a claim, speak with your local VSO.

Do You Have Hearing Loss But No Benefits from the VA?

Check out our VA Hearing Disability calculator here where you can easily get an estimate on your VA benefits for hearing for free!