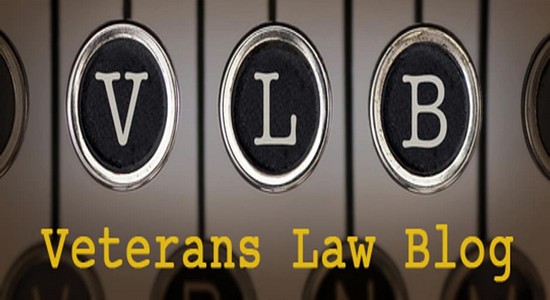 The VA has a whole bag of tricks for denying entitlement to VA TDIU benefits.

This, in my opinion, is really a tacky thing for the VA to do.

The Veterans seeking a TDIU rating are often earning wages below the poverty threshold – if they are earning anything at all. Veterans and their families often cannot survive without individual unemployability benefits. The last thing folks surviving on marginal employment, if they are employed at all, is the red tape of a federal government bureaucracy.

A common way that the VA denies the 100% rate for Veterans eligible for VATDIU benefits is by pretending the law is something it is not. The VA pretends you aren’t eligible for TDIU because you don’t have the right schedular rating percentages, ignoring that it does not matter what percentage rating you have. If you are unable to work – more specifically, you are unable to get and maintain substantially gainful employment because of a service connected disability, you are entitled to TDIU.

Another trick the VA uses in denying TDIU is denying your claim because you did not submit a VA Form 21-8940 with your claim for individual unemployability / TDIU.

Click here to learn why this is a B.S. reason for denying TDIU and how to fix it.

And, from what I am hearing from attorneys working in the new AMA system (AMA is the appeals reform statute that went into effect early in 2019) is that the VA has a whole new bag of tricks for denying TDIU depending on which of the three “lanes” you choose to challenge the denial of your service connected disability claim. More on that later.

One of the VA’s favorite reasons for denying TDIU is that the Veteran is able to perform sedentary labor. Here’s how it works.

In a situation where you are unable to get and keep substantially gainful employment because of your service connected disabilities, a medical examiner will often write in a C&P opinion that you are able to perform “sedentary labor.” The term is never defined, but the implication is clear: the C&P examiner thinks the Veteran can do some sort of “desk job.”

The VA believes, I suppose, that as long as the Veteran’s butt muscles are not the cause of his service-connected disability, he or she can sit at a desk and make a sustainable wage.

Here’s the thing. None of that is the law.

In fact, the term sedentary labor is meaningless in your VA TDIU benefits claims and appeals. And when I say meaningless, I mean that the VA should never use the words in a decision denying TDIU.

The term appears in the VA’s Adjudication Procedures Manual (aka, the M21 Manual), at Part IV, sbpt. ii, ch. 2, sec. F.2.d (beginning sometime in 2015 through the original writing of this post in July 2019).  The M21 manual says that medical examiners may “comment regarding what kind of work tasks or work environments (if any), to include employment that is sedentary in nature and employment requiring physical labor,” Veterans can perform despite service-connected disabilities.

Problem is, the M21 isn’t law – although the VA will try to convince you that it is.

Instead – and this is rich – he asked the Veterans Court to define it for him using the “ordinary meaning” of the phrase. This is a classic example of a government agency “passing the buck.”

Well, the Veterans Court didn’t take the VA Office of General Counsel bait: it put the ball back in the VA’s court in a case known as Withers v. Wilkie.

“[T]he meaning of sedentary work must be determined from the particulars of the medical opinion in which it is used. That is, the Board must explain this meaning—to the extent that it is not apparent from the Board’s overall discussion of the opinion—as well as how the concept of sedentary work factors into the Veteran’s overall disability picture and vocational history, and the Veteran’s ability to secure or follow a substantially gainful occupation.”

In other words, the VA has to explain what it is about the individual Veteran’s disability and work history that leads the VA to believe that there is a particular type of “sedentary work” that he or she is capable of performing.

The Court went a step further and wrote that “absent such factual context however, the phrase [sedentary labor] can be regarded as conclusory and meaningless on its own.”

This is significant – if you are seeking VA TDIU benefits you should take note of the words “absent factual context.”

It has long been my philosophy of VA claims that the Veteran should take charge of providing the “factual context” for his or her own claim. Veterans should develop and give to the VA their own 5 Star Evidence establishing the elements of their particular claim.

To give the VA that factual context in a claim for VA TDIU benefits, there is one type of evidence that may be very helpful: a Vocational Rehabilitation expert opinion.

My law firm works with several experts – one of our favorites is a gentleman named Patrick Clifford.

Patrick is a Vocational Expert by trade. It is his job to look at your work history, training, skills and experience, compare that with what physical and mental abilities remain after the limitations imposed by your service-connected disabilities, and opine whether or not you are able to get and keep substantially gainful activity.

Watch the video below to see what Patrick says about sedentary labor in the context of a VA TDIU benefits claim.

If you want to talk to Patrick Clifford about preparing an expert opinion for your VA TDIU claim, he does work with Veterans directly.