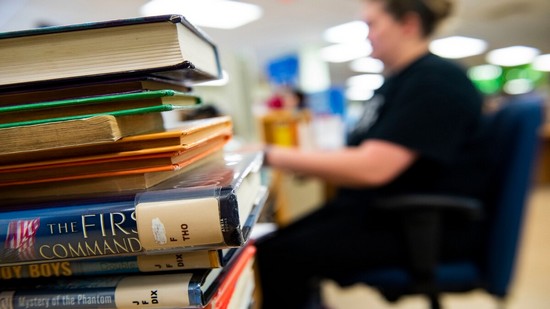 A controversial plan to limit troops from sharing their GI Bill benefits with spouses and children would be completely scuttled under the defense authorization bill moving through Congress this week.

The legislation, which passed the House by a 377-48 vote on Wednesday, includes language prohibiting the Defense Department "from imposing a general limit on transferability (of education benefits) based on the number of years served.”

That refers to plans which were set to go into effect last summer which would have blocked troops with more than 16 years of service from transferring their post-9/11 GI Bill benefits to their spouses or children.

The plan was met with criticism from military family advocates and lawmakers, who said it amounted to punishing troops opting to stay until retirement. But defense officials argued the transferability portions of the education benefits were designed to be a recruiting and retention incentive, and should not apply to long-serving service members.

Currently, troops with at least six years of service may transfer their education benefits to a spouse or child, provided they agree to serve in the military for four more years. The value of the benefits can total tens of thousands of dollars in tuition, housing stipends and related education costs.

Just days before the change was set to go into effect, lawmakers announced they would delay any move until early 2020 while they reviewed the proposed changes.

If the authorization bill becomes law — and it is expected to, given President Donald Trump’s announcement on Wednesday that he supports the measure — defense officials would be forced to drop the idea completely.

Report language with the measure notes that while Pentagon leaders still have the authority to make decisions on eligibility and transfer rules for education benefits, the lawmakers “encourage service secretaries to develop policies that properly treat transferability as one of many possible recruiting and retention tools to attract and keep high-quality servicemembers.”

Rep. Joe Courtney, D-Conn., authored the provision and in a statement Wednesday praised his colleagues for adopting the language.

“The Defense Department’s plan to restrict our longest-serving service members from transferring those G.I. Bill benefits falls far short of honoring their sacrifice, and would have wronged those Vets who are willing and able to continue their service,” he said. “Ending this plan once and for all is the right thing to do.”

The Senate is expected to pass the authorization bill early next week.