Veterans May Qualify for Fringe Benefits 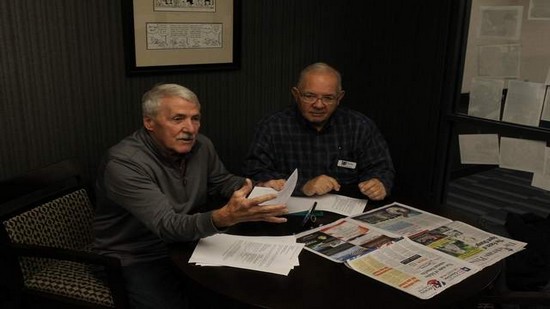 COEUR d’ALENE — Don Walker has made it his mission to inform his fellow Veterans of the benefits and services they earned while serving their country.

For a year and a half, Walker has worked with Vietnam Veteran Bryan Bledsoe on The Veterans’ Press, a publication dedicated to providing information and resources to help those who served. It began as a “Did You Know?” in the Spokesman-Review and later became a monthly newspaper in The Press.

“It’s stirring things up,” said Walker, an Army Veteran who spent three years serving in Alaska. “This is exactly what we wanted to do.”

Even after a year and a half, Walker is still discovering little-known benefits that he wants to share with other Veterans.

“There are things that still surprise me — like this Vet Tix thing,” he said.

The service is free — all Veterans have to do is provide proof of service or eligibility. Currently serving military, honorably discharged Veterans from all branches of service and family of those killed in action are eligible.

Walker learned about Vet Tix when he attended a football game with a fellow Veteran, who had acquired free tickets through the service.

“You join their organization, which doesn’t cost anything, and they send you notices — everything from concerts to sporting events,” he said.

Free and discounted tickets aren’t the only benefit that has recently come to Walker’s attention.

In 2019, disabled Veterans became eligible for Space Available Travel, also known as “Space-A” or “military hops,” which allows eligible passengers to fill unused seats on Department of Defense-owned or controlled aircraft. Authorized disabled Veterans can travel for free in the continental United States or directly between the continental United States and Alaska, Hawaii, Puerto Rico, the U.S. Virgin Islands, Guam and American Samoa.

The Veterans’ Press exists to tell Vets about benefits they didn’t know about or didn’t realize they were eligible for. Walker said it’s working — he’s heard reports of folks walking into the Veterans Services office with a copy of The Veterans’ Press in their hand and a particular item circled.

“They say, ‘That’s me — this says I can get some help,’” Walker said. “It’s nice to hear that. We’ll just keep passing the information out and getting it to the right people.”

Walker said he wants Veterans to know that it doesn’t matter if they previously applied for certain benefits and were discouraged by the experience. He hopes to encourage Veterans to explore all the benefits that are available to them.

“These benefits are yours,” he said. “You earned them. Go check them out. You owe it to yourself and your family.”