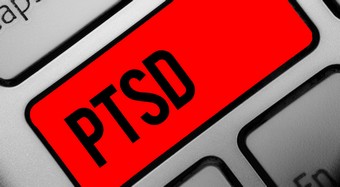 Post traumatic stress disorder (PTSD) is a recognized psychiatric disorder that a person may develop after exposure to a traumatic event. For many years, PTSD went widely undiagnosed or was not recognized as the serious condition it is. Thanks to advancements in research and the breakdown of social stigmas, we have more information about the condition than ever before. We know that the majority of people who are exposed to traumatic events do not develop PTSD, and we know that veterans of the U.S. military are disproportionately affected by PTSD when compared to American civilians.

This blog post is intended to serve as a brief breakdown of the required criteria for a diagnosis of PTSD as defined by the fifth edition of the Diagnostic and Statistics Manual of Mental Disorders (DSM V), published by the American Psychiatric Association.

In the context of PTSD, the stressor is the traumatic event that leads to the development of PTSD. The precise definition of “traumatic event” is contested, but the DSM V requires exposure to death, threatened death, actual or threatened serious injury, or actual or threatened sexual violence. This exposure must have occurred in one of the following ways: direct exposure; witnessing the trauma; learning that a relative or close friend was exposed to the trauma; or indirect exposure to details of the trauma, often in the course of professional duties (for example, a paramedic treating victims of a serious motor vehicle accident would be indirectly exposed to the traumatic event of the motor vehicle accident even if she did not witness the accident herself).

A person who receives a diagnosis of PTSD must display at least two of the following symptoms following the stressor: inability to recall key features of the stressor; overly negative thoughts or assumptions about oneself or the world; exaggerated blaming of self or of others for causing the trauma; negative affect (having a flat or depressed mood); decreased interest in regular activities; feelings of isolation; or difficulty experiencing a positive effect (having a hard time feeling happy).

For a diagnosis of PTSD, at least two of the following symptoms that began or worsened after the stressor must be present: Irritability or aggression; risky or destructive behavior (for example, driving recklessly); hypervigilance (for example, not being able to relax for fear that something bad will happen); increased startle reaction; difficulty concentrating; or difficulty sleeping. These alterations in arousal and reactivity are a defense mechanism for preventing further trauma.

Even if a person fulfills all the required criteria, a diagnosis of PTSD requires persistence of the symptoms for more than one month. A person may fulfill all criteria immediately following a traumatic event but two weeks after the event may display fewer or none of the required symptoms. Although the criteria were present for a time, the person would not meet the duration requirement.

The PTSD symptoms experienced by the person with the diagnosis must create distress or functional impairment in a person’s life. For example, a veteran who suffers from PTSD and currently works in an office setting may find that his job performance is impacted by difficulty concentrating or increased irritability with his coworkers. A college student who experienced sexual assault at a party may find that their friendships are affected by their negative affect, hypervigilance, and their avoidance of other social events.

In order to meet the criteria for a PTSD diagnosis, the symptoms must not be caused by medication, substance abuse, or any other illness.

This is an extremely simplified discussion of PTSD intended to provide clarity to a frequently-discussed condition. Follow-up blogs will address specifications of the diagnosis as well as the issue of PTSD as it relates specifically to veterans seeking service connection.