Here’s why more Veterans, caregivers may get commissary, exchange privileges by 2020 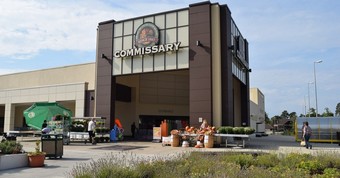 Former prisoners of war, Purple Heart recipients, certain disabled Veterans and caregivers for Veterans are a step closer to being allowed to shop at commissaries and exchanges, and other retail facilities on military bases, such as military lodging.

House lawmakers voted Thursday to agree to the conference report for the fiscal 2019 defense authorization bill. A provision in that bill would give shopping and some other privileges to Veterans who have been awarded the Purple Heart, those who are former prisoners of war and those with service-connected disabilities, as well as to caregivers of Veterans. They would be allowed to use these facilities on the same basis as a service member entitled to retired or retainer pay.

It also authorizes access for Medal of Honor recipients, although they have long been authorized to use commissaries, exchanges and MWR facilities.

Under the proposal, Defense Department officials will set a user fee for this population, to offset any increase in expenses at commissaries that would be paid by the Treasury Department associated with the use of credit or debit cards. That user fee would be in addition to the current surcharge of 5 percent of the commissary purchase, added at the cash register. Because Medal of Honor recipients already have commissary shopping privileges, the fee would presumably not apply to them.

The Senate will vote at a later date on the conference agreement, and then the bill will go to President Trump to be signed into law. If it becomes law, DoD is required to submit a plan to the House and Senate armed services committees by Oct. 1, 2019, on its plan to implement the provision by Jan. 1, 2020.

While the House plan would have required the privileges to take effect 90 days after the bill becomes law, the Senate bill moves that date back to the beginning of 2020, reportedly to give defense officials more time to determine the user fee, and the credentials that would be accepted.

For years, advocates have asked that shopping privileges be extended to more disabled Veterans. Veterans who are 100 percent disabled already are allowed to shop in exchanges and commissaries, as well as at morale, welfare and recreation facilities.

The provision refers to commissaries and “MWR facilities.” As defined by law, an MWR facility means exchange stores and other facilities that generate revenue, operated as a nonappropriated fund activity for MWR.

“All of these people who fall into these categories are heroes, have given so much for our country above and beyond even what other service members have given. It’s important to recognize that,” said Rep. Daniel Lipinski, D-Ill., who spoke at a recent forum of the American Logistics Association. He and Rep. Walter Jones, R-N.C., introduced the proposal.