More than 7,000 Marines could get the boot ― and maybe sooner than they expect 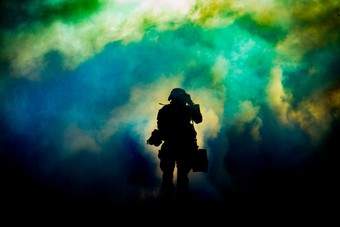 The Corps just pushed out its guidance on the Defense Department’s new “deploy or get out policy,” aimed at boosting readiness and lethality by booting out service members who have been non-deployable for 12 months.

But Marines shouldn’t expect to have the full 12 months to whoop themselves back into deployable shape.

In a forcewide message posted Wednesday, the Corps says it can start administrative or disability separation procedures before the 12-month mark.

“Initiation of administrative or disability separation processing may occur prior to a Marine being in a non-deployable status for 12 months when a commanding officer determines there is a reasonable expectation that the reason will not be resolved and the Marine will not become deployable,” the MARADMIN reads.

Only about 4 percent of the Corps, or 7,458 active-duty Marines, excluding trainees and transient personnel, were considered non-deployable as of Aug. 31, 2018, according to Maj. Craig Thomas, a spokesman for Manpower and Reserve Affairs. The figures include temporary and permanent non-deployable Marines.

The reasons for their non-deployable status varies, Thomas said, but most of them are medically related, with some temporarily non-deployable due to illness or injury.

“Our focus is to help these Marines heal as quickly as possible so they can get back to training with their unit,” Thomas said.

But another group, those permanently non-deployable and pending a disability evaluation, the Corps' goal is to “seek a timely disability decision in coordination with the Department of Veterans Affair and Department of Defense and help transition the member to life outside the military,” Thomas told Marine Corps Times.

The Corps has always separated recruits and Marines who have been in a long-term non-deployable status, with the exception of pregnant and postpartum Marines. The Corps' retention separation policy falls in line with the new Defense Department’s new instructions, Thomas explained.

“What has changed with this new policy is the retention decision that was previously left to the commanding generals will now come to Marine Corps Headquarters (Manpower & Reserve Affairs) for further review and adjudication,” Thomas explained.

However, there are some exemptions and leeway in the new policy.

“Pregnant and post-partum Marines are the only group automatically exempted from the retention determinations directed in this MARADMIN for pregnancy related health conditions during pregnancy through the post-partum period,” the message reads.

Any other exemptions must go through the secretary of defense, according to the MARADMIN.

Marines in a non-deployable status for more than 12 months will be evaluated for retention, but the Corps reserves the ability to retain Marines “on case by case basis if determined to be in the best interest of the Marine Corps.”

A Military Times report found that nearly 126,000 service members across the total force were listed non-deployable as of Aug. 31, 2018.

A Military Times story first warned that service members across the military may not be afforded the entire 12 months until they are separated.