Sexual assault risk at your military base: Here’s a searchable database 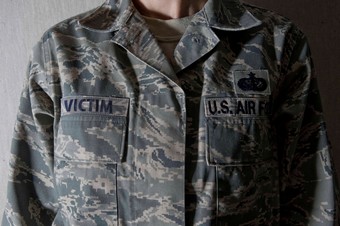 The Defense Department in September released a first-of-its-kind study that estimates the risk of sexual assault service members face at different installations. The estimates were based on more than 170,000 survey responses service members completed in 2014 on whether they had personally experienced sexual assault. The data has limitations, but military officials will use it to help identify high-risk areas and see what additional steps can be taken to increase safety for men and women assigned there. The data is searchable by service, risk, location and estimated number of assaults.

Service members can use the chart below, drawn from the detailed data tables published by RAND, to search for individual military installations and ships.

Overall Sexual Assault Risk: This number indicates the average expected risk for the average men and women at the individual installations. For example, a 10 percent risk for sexual assault means it’s likely that one in 10 service members at that installation or ship will experience a sexual assault during the year. This number is affected by many factors, such as the age, rank or gender of the personnel assigned there. For example, installations with many younger, unmarried and junior ranking personnel (all risk factors) tend to have higher risk solely based on those demographic risk factors.