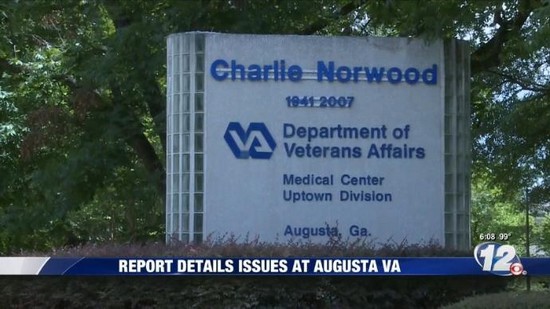 AUGUSTA, Ga. (WRDW/WAGT )-- A federal investigation from the Office of the Inspector General highlighted mismanagement and a variety of concerns at the Charlie Norwood VA Medical Center.

The 97-page report is an answer to a series of anonymous complaints which prompted the investigation. Although the OIG says most of the complaints are "unfounded", investigators found many other issues concerning.

In the document, investigators described a chaotic, short-staffed facility that is fueled by poor leadership.

"While the identified service challenges are not evidence of large-scale infrastructure failures, they demonstrate a chaotic environment," the report said.

The report went on to say, "These concerns, coupled with leadership and communication challenges, inefficient Human Resource and hiring practices, and significant staffing issues that reduce access to the emergency department and CCU, suggest that the facility may not be consistently prepared to manage emergent situations and provide safe quality care."

Tim Hollobaugh, a Veteran and advocate, says he isn't surprised by the findings.

"It validates what a lot of what Veterans see and say," Hollobaugh said.

He's been pushing change in the VA system for years.

"It's a matter of losing lives and losing time for people who served this country," he said. "That's just inexcusable. Totally inexcusable."

"These types of things have a life impact on both the Veterans and the families and the community," Hollobaugh said.

The report also says the response was "less than vigorous" after a patient death in late 2018 due to an incorrectly inserted feeding tube.

In a statement, the Charlie Norwood VA Medical Center said:

"We appreciate the IG’s oversight, which in this instance found that 'many of the allegations were largely unfounded."

Since then, Charlie Norwood VA Medical Center has started implementing each of the IG’s recommendations, all of which are expected to be completed by this fall.

Additionally, the facility has executed the following improvements to prevent similar issues in the future:

1. Hired a permanent executive team, including a director, associate director, chief of staff and assistant director.

2. Filled nine vacant positions in the last year, including a new Human Resources Chief and a new Chief of Employee and Labor relations.

3. Partnered with regional and national VA leaders to implement an improved electronic hiring process, which has reduced hiring timelines.

4. Implemented a Daily Management System, which facilitates all staff input and early resolution of day-to-day challenges.

6. Nearly 75 percent of Charlie Norwood VAMC employees participated in the VA All Employee Survey this year, up from 45 percent last year."