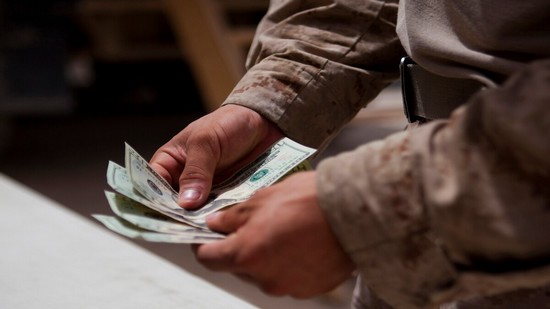 A new study conducted by the University of Akron looked to see if there was a difference between wages earned by military Veterans compared with non-Veterans.

The study, titled “The Veteran wage differential,” looked at average wages of military Veterans and non-Veterans across the U.S. between 2005 and 2015. It was conducted by two University of Akron professors, Dr. Francesco Renna and Dr. Amanda Weinstein.

“Many people are surprised when I show them that Veterans tend to have higher wages than non-Veterans," Weinstein said in a statement.

They associated the higher wages Veterans earn to a number of factors, including the fact that Veterans have higher levels of work experience, are often older and more likely to be married and have children.

Other factors may be the Veterans population tends to choose to enter occupations and industries that require more education and higher skill sets, like engineering, health care and government, according to the study.

The third main set of factors the study attributed to the higher wages were skills Veterans gain in the military that set them up for success in the civilian world, such as greater cognitive and people skills.

The study looked only at wage and salary income from employment and did not consider the potential benefits Veterans can earn, such as disability pay, G.I. Bill stipends, pensions or health care coverage.

According to their research, Veterans could have increased their wages even more if they would choose to work in more high-paying cities with better business climates. They also found many Veterans lose earning potential since the majority don’t enter certain high-paying industries such as real estate, finance and insurance.

Being a U.S. Air Force Academy graduate and Air Force Veteran herself, Weinstein said she wanted to research this subject since she was in graduate school.

“The men and women that I had the opportunity to serve with in the military are highly skilled, dedicated, and hard-working,” Weinstein said. “They have a lot to offer the workforce and the data shows that.