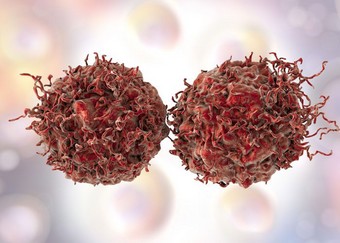 When Ben Pfeiffer was diagnosed with prostate cancer in April, his urologist noted in the biopsy report that he was leaning toward recommending that Pfeiffer have his prostate surgically removed. But Pfeiffer, 58, a married construction supervisor from Las Vegas with two grown daughters, said his wife insisted that he get a second opinion. It’s a good thing she did. The doctors Pfeiffer subsequently visited at the University of California Los Angeles (UCLA) and the University Of California San Francisco (UCSF) did not believe surgery was needed. Pfeiffer said the results of the tests, which included genomic testing, showed he had a nonaggressive cancer that made him a good candidate for something called active surveillance, also known as “watchful waiting.” In other words: No need for surgery or radiation at this time. And perhaps never.

This may sound counterintuitive if you haven’t kept up with the latest advances in prostate cancer research. Less than a decade ago, the standard response from a doctor when a man was given a prostate cancer diagnosis was to schedule a surgery to have the organ removed. When some members of Pfeiffer’s family heard the news of his cancer, they asked him when he was going to get the prostate removed. “I told them I was considering not doing the surgery, and they said, ‘What? You need to get this out, you need to get rid of it,’” Pfeiffer told Healthline. “But that is the old way of thinking. Cancer scares people, but they don’t understand active surveillance. A lot of people don’t.”

Watching and waiting:  Doctors examine the results of a prostate cancer biopsy using something called a Gleason Score. Generally speaking, cancers with lower Gleason scores (2 – 4) tend to be less aggressive, while cancers with higher Gleason scores (7 – 10) tend to be more aggressive, according to the Prostate Cancer Foundation (PCF). Pfeiffer, who had a Gleason Grade 6, said the doctors he saw after the visit to his initial doctor suggested he keep a close eye on his cancer with regular follow-up checkups with no treatment unless and until it is deemed necessary. “There are times for some prostate cancer patients when watchful waiting is by far the best option,” Pfeiffer said.

Pfeiffer is not alone. Watchful waiting is an increasingly common option for prostate cancer patients. A nationwide study published last month in the Journal of the American Medical Association (JAMA) revealed that the idea of watchful waiting is now particularly popular by America’s veterans. In the study, researchers at the New York University School of Medicine and the Manhattan campus of the Department of Veterans Affairs New York Harbor Healthcare System looked at 125,000 veterans diagnosed with nonaggressive prostate cancer between 2005 and 2015. The researchers discovered that in 2005, only 27 percent of men under 65 opted for watchful waiting to keep track of their tumors. By 2015, the situation had reversed, with 72 percent choosing to monitor but not treat.

The study was aided by a look at new genetic testing that enables doctors to give patients a far more specific diagnosis for their cancer. Researchers concluded that low-risk prostate cancer has a favorable prognosis without treatment. Current guidelines recommend watchful waiting as the preferred approach for low-risk patients. However, studies show that this approach, while embraced by the VA, is underutilized in the United States compared with other countries.

“About 20 to 40 percent of newly diagnosed prostate cancer patients should consider watchful waiting and holding off on any treatment,” Jonathan Simons, president and chief executive officer of the Prostate Cancer Foundation, which helped fund the study, told Healthline. Simons, an oncologist and leader in prostate cancer research, said that when it comes to prostate cancer, the outcomes for patients are better in VA hospitals than in the rest of American medicine. Simons said watchful waiting is neither irresponsible nor dangerous, as long as patients communicate closely with their doctors and receive regular check-ups.

For study coordinator Stacy Loeb, this research hits home. “My grandfather was a veteran who died from prostate cancer,” said Loeb, an assistant professor in the urology and population health departments at NYU School of Medicine and an attending urologist at VA New York Harbor Healthcare System. “I’m passionate about veterans and prostate cancer care in the veteran population,” Loeb told Healthline. She, along with Simons, is exploring ways to improve public awareness of the viability of watchful waiting for some prostate cancer patients. “We’re trying to improve prostate cancer care by sending out educational materials, working with the PCF, and just describing to the public what watchful waiting is,” said Loeb. She noted that at private clinics in the United States, as many as two-thirds of prostate cancer patients at low risk are still unnecessarily undergoing early aggressive treatment. The National Cancer Institute estimates that 29,000 American men will die from prostate cancer in 2018, with 164,000 new cases diagnosed. And most of these cancer diagnoses are in the earliest stages.

At the VA, however, the numbers of patients with nonaggressive prostate cancer who opt for watchful waiting “compare favorably” with patients outside the VA. “The VA is leading in terms of providing good prostate cancer care,” said Loeb. Prostate cancer is the number one cancer for men who seek healthcare at the VA. The person who spearheaded the drive to improve care at VA for prostate cancer patients is former VA Secretary David Shulkin. “Our objective at VA was to build the most contemporary and advanced approach to prostate cancer,” said Shulkin, a medical doctor who was a hospital administrator before President Obama appointed him to the VA. “This incorporates a personalized approach that begins with a full assessment of the veteran, including genomic testing,” Shulkin explained. “For some veterans, this will mean targeted chemotherapies and advanced cellular therapies, for some it will mean surgery or radiation, and for others it may mean watchful waiting and avoiding unnecessary comorbidities associated with therapies,” Shulkin told Healthline.

Shulkin said he “jump-started” the precision oncology program at the VA. “It was a major focus I had. The program was run by Dr. Michael Kelly out of our Durham VA,” said Shulkin, who also advanced the VA partnership with the Prostate Cancer Foundation. “This led to a $50 million collaboration on precision oncology for prostate cancer,” he said. “Second, we brought in IBM Watson to help with the genomic analyses. And third, we began a cancer survivorship genomic analysis program with Sanford Health.” Finally, he said, “We prioritized our Million Veteran Program to boost data collection, partnerships with industry and other federal agencies like the NIH and DOE, and we accelerated research projects using this unique data source.”

Simons said the VA public-private partnerships could lead to major medical breakthroughs. “I don’t think most American fully understand that VA is a potential resource for cures,” he said. “This study involved more than 125,000 men with prostate cancer. It is the largest study of its kind.” Simons said he is focused on getting his research to men and women who have served their country, and becoming a model for how precision oncology should be practiced.  “We’re working hard to have another launchpad meeting to bring nonprofits in to discuss what we can do for veterans with cancer,” he said. “This is all about President Lincoln’s idea of caring for those who ‘shall have borne the battle.’”

Is watchful waiting a legitimate and responsible strategy for patients with other cancers besides prostate cancer? Yes, Simons said, although he cautions more research is needed. Simons said follicular non-Hodgkin’s lymphoma, specifically, as well as some types of early-stage breast cancer and an uncommon form of bladder cancer are just a few of the cancer types that can potentially benefit from the active surveillance approach. There is also a growing interest for a type of uterine cancer that might not need treatment. “This area of active surveillance and management is a new form of oncology,” said Simons. He noted this has a lot to do with the progress made in recent years in the genome and the testing of an individual person’s genetics. “For now, we see no active surveillance for colon or pancreatic cancer or glioblastoma, but we know that follicular lymphoma, a low-growing, low-grade cancer, does overlap with nonaggressive prostate cancer,” Simons said.  [Source:  Healthline Newsletter | https://www.healthline.com/health-news | June 6, 2018 ++]