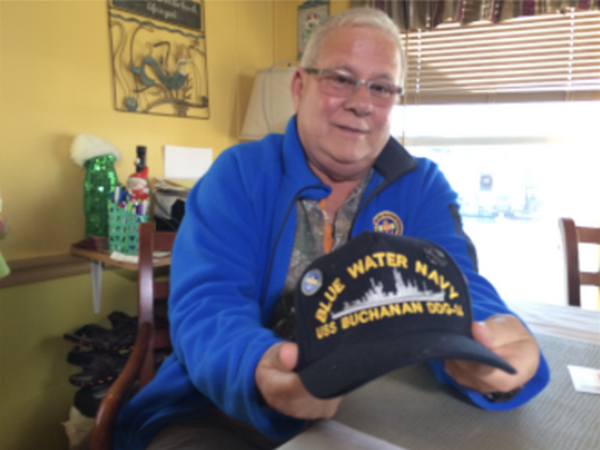 TAMPA, Fla. (WFLA) - A federal court ruled the Department of Veterans Affairs got it wrong when it deprived tens of thousands of Vietnam Veterans the benefits they deserve.

In an 8-3 decision, the U.S. Court of Appeals decided Navy Veterans of the Vietnam War are absolutely entitled to Agent Orange related medical and disability benefits.

Alfred Procopio, a Veteran who served on the U.S.S. Intrepid off the coast the Vietnam, suffers from diabetes and prostate cancer, two diseases linked to Agent Orange exposure.

The VA denied his claim, pointing out that Procopio never stepped foot in Vietnam.

The Court of Appeals pointed out in its decision that Congress was specific when it passed the Agent Orange Act in 1991, to include "active military, naval, or air service... in the Republic of Vietnam."

The court decided Procopio served in Vietnam's territorial waters which are part of the "Republic of Vietnam."

The ruling affects between 50,000 to 90,000 Navy Veterans the VA excluded from benefits.

For nearly 20 years, the VA presumed that members of the military who served on the ground during the Vietnam War were exposed to the toxic herbicide.

Agent Orange killed and made ill thousands of service members.

The VA provided medical care and disability benefits to those who developed diseases linked to the toxic weed killer.

However, it excluded Navy Veterans like Mike Kvintus of New Port Richey, who served along the coast of Vietnam.

"We've been fighting them since 2001," Kvintus stated.

Their ships pulled in that water, for drinking, bathing and cooking.

"It feels very good. I mean we've been fighting for this for eight years," Wells said.

Last year, the U.S. House of Representatives unanimously passed a bill restoring the rights to Blue Water Navy Veterans that the VA stripped away.

Senator Mike Lee (R) Utah effectively torpedoed the bill when he asked for more studies on the matter by the VA.

The VA can fight the Court of Appeals the ruling by taking it to the U.S. Supreme Court.

If it does, Wells is confident the VA will lose there too.

"We have the Guam bill coming up and we have general toxic exposure," he said.

"We have millions of Veterans exposed to various forms of toxic exposure. We can't stop with Blue Water Navy, this is just the first step."