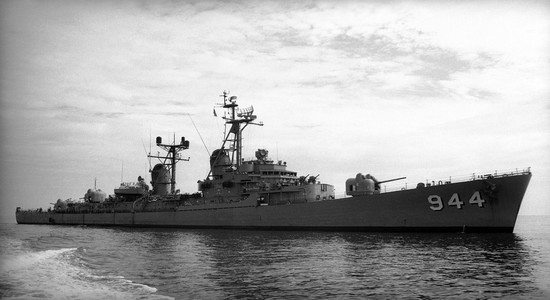 The Supreme Court this week granted a 30-day extension to Department of Justice officials contemplating an appeal of a lower court ruling in January which extended presumptive benefits to tens of thousands of Navy Veterans who have claimed exposure to toxic chemical defoliants during the Vietnam War.

But advocates say they are not concerned by the move, calling it a typical legal maneuver and not a serious threat to getting benefits to the group of so-called “blue water” Veterans.

“This just seems to be going through the motions,” said John Wells, retired Navy commander and the executive director Military-Veterans Advocacy, which has lobbied on the issue for years. “It’s not a setback for us. Veterans Affairs Secretary (Robert) Wilkie has told us this was not initiated by his department.”

In January, a federal court ruled that VA officials for years has used faulty reasoning to deny disability benefits to Veterans who served in ships off the waters of Vietnam.

VA officials had argued that for years that existing law established only that troops who served on the ground on on ships close to shore were entitled to the presumption of exposure to chemical defoliants like Agent Orange, speeding the process for their disability benefits.

Sailors on ships further out to sea were not, even though many contracted the same rare cancers and respiratory illnesses that their land-based counterparts did. They have been required to provide proof of chemical exposure during their combat tours, a near-impossible prospect given the decades that have passed and lack of environmental monitoring at the time.

Until the court ruling in January, VA officials had also argued that extending presumptive benefits to the estimated 90,000 blue water Veterans would cost as much as $5 billion over 10 years, a figure that advocates have disputed.

But since the ruling, Wilkie has said publicly he will work with Veterans groups and Congress on a path ahead for awarding the benefits. He also advised Justice officials against appealing the federal court ruling.

Department of Justice officials had until next week to raise that objection, but instead asked for a 30-day extension. In their court request, lawyers for the department did not indicate they intend to fight the decision, but needed more time to research the potential impact of the ruling on other pending court cases.

Wells said he would not be surprised if the department requested another extension next month too. He said the move does not affect congressional work to draft an implementation plan for the benefits, and has not stopped the Board of Veterans Appeals from starting to accept some Veterans’ benefits cases based on the federal court ruling.

Several bills are pending in the House and Senate to address the issue, including bipartisan legislation announced last week from Sens. Kirsten Gillibrand, D-N.Y., and Steve Daines, R-Mont. The House Veterans’ Affairs Committee is scheduled to discuss a proposal from Chairman Mark Takano, D-Calif., during a hearing next Wednesday.