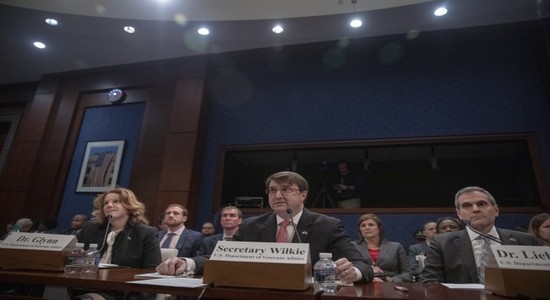 Lawmakers and Veterans advocates are split on how much to worry about the costs of expanding eligibility for disability benefits for some Vietnam-era Veterans in the wake of a recent federal court decision.

The trigger was a U.S. Court of Appeals for the Federal Circuit decision (Procopio v. Wilkie, Fed. Cir., 913 F.3d 1371, 1/29/19) in January that said Veterans who served on deep water ships off the coast of Vietnam are entitled to a presumption of benefits under the Agent Orange Act of 1991 (Public Law 102-4). The decision gave a win to the former members of the Navy who had fought for years to rectify a Department of Veterans Affairs decision limiting the presumption standard to those who had “boots on the ground.”

The Justice Department has until the end of this month to a make final decision about whether to seek a review of Procopio v. Wilkie by the U.S. Supreme Court, but it appears increasingly likely the decision will stand after VA Secretary Robert Wilkierecommended to DOJ to not challenge it.

The decision will have implications for lawmakers who have been trying to resolve the issue for the Veterans, often referred to as the Blue Water Navy for their service aboard coastal water ships as opposed to murky, inland water ways. While the court ruled the Veterans had been wrongly denied benefits due them, funding the expansion of services needed to include about 95,000 newly eligible Vets could be expensive and could also affect the chances of other exposed Veterans being made eligible for similar treatment.

“They are going to need some funding,” Sen. John Boozman (R-Ark.), chairman of the Senate Military Construction and Veterans Affairs Appropriations Subcommittee, said in an interview.

That has left appropriators and top lawmakers on the Veterans’ Affairs committees wondering how to pay for the latest expansion of benefits—or whether to ignore the new costs altogether. Indeed, an update to the budget baseline for VA programs to be released May 2 by the Congressional Budget Office may make lawmakers’ decision easier.

Staff on the House Veterans’ Affairs Committee anticipate CBO will incorporate the Procopio decision into the upcoming baseline but haven’t seen that decision in writing yet, according to a Republican committee aide. Being in the baseline would reduce the score of legislation to expand eligibility, even though the costs would still add to the budget deficit.

‘Have to Find the Money’

“We’re going to have to find the money in the appropriations process,” said Sen. Brian Schatz (D-Hawaii), the top Democrat on the Senate Military Construction and Veterans Affairs Appropriations Subcommittee.

“We had a bill that was almost passed in the last Congress and it had a pay-for in it, so that’s something we need to look at,” Boozman said.

The Blue Water Navy Vietnam Veterans Act (H.R. 299 in the 115th Congress) overwhelmingly passed the House last year, but failed to clear the Senate after Senate Budget Committee Chairman Mike Enzi (R-Wyo.) and Sen. Mike Lee (R-Utah) voiced concerns. The measure included a provision that would have increased some fees associated with a VA home loan guarantee program in order to pay for some of the additional costs mandated by the decision.

While the Congressional Budget Office originally estimated in May 2018 that enacting the bill would cut mandatory spending by $271 million over a 10-year period, it reversed course in December 2018 and put the price tag at almost $1.2 billion. The VA estimated last year the legislation would cost almost five times that amount for a total of $5.5 billion, a figure some Veterans advocates consider to be unrealistic.

“CBO has learned from additional discussions with VA and from reviewing other research that there is considerably more uncertainty than we originally anticipated about the number of Veterans who are covered under current law,” wrote CBO Director Keith Hall in the December letter to Enzi. Gross costs could range from $1.4 billion to $4.2 billion over 10 years based on the number of newly eligible Veterans, according to the agency.

Boozman, along with House Veterans Affairs Committee Chairman Mark Takano (D-Calif.) and Rep. Phil Roe (R-Tenn.), the panel’s top Republican, would still like to see Congress pass the bill even if the court ruling stands, though for differing reasons.

Takano said the bill was necessary in order to expand a presumption of benefits to Veterans who also served elsewhere in southeast Asia and Korea and whose eligibility was not changed by the Procopio decision, while Roe said the bill was important to enact the measure’s cost offsets. The House Veterans’ Affairs Committee will meet on the legislation in the coming weeks.

“Due to the Procopio decision, the estimated costs of the bill have decreased significantly and I look forward to discussing this further at our upcoming hearing on the legislation,” Roe said.

Veterans advocates would also like to see the court decision codified. Carlos Fuentes, legislative director at Veterans of Foreign Wars, said cementing the court decision through the bill is the best way forward and believes the price of expanding the presumption of benefits is less of an issue.

“Due to the court case and it being essentially the law of the land, the cost is not as big of a concern as it was last year,” Fuentes said.

Regardless of the debate over the need for offsets, Sen. Jon Tester (D-Mont.) said a bill may not be necessary any more if the court decision stands.

The top Democrat on the Senate Veterans’ Affairs Committee is no longer keen on raising home loan fees to cover the costs after championing the legislation last year.

“So we’re robbing from another program from the VA to do that? No,” said Tester, adding he thinks lawmakers don’t necessarily need to offset the costs.