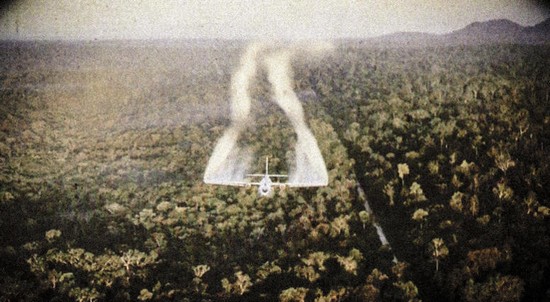 Members of the House voted Tuesday to make permanent a court ruling that grants benefits to about 90,000 sailors who say they were exposed to toxic Agent Orange during the Vietnam War.

Those sailors, the so-called “Blue Water” Veterans, could get a second chance to finally receive the Department of Veterans Affairs benefits they’ve been denied for decades. Last year, a similar bill to grant presumptive benefits to those Veterans passed the House unanimously but ended stalled in the Senate.

The Blue Water Navy Vietnam Veterans Act will “finally eliminate a 17-year barrier” that “denied access to VA benefits for the scourge of Agent Orange illnesses” and is “a long overdue justice for people who served in the Vietnam conflict,” Rep. Joe Courtney, D-Conn., said, adding that the House should “force the Senate to do the right thing and provide justice for those who served in that conflict and who are still suffering.”

“Congress has failed our Blue Water Navy Veterans -- plain and simple,” said House Veterans Affairs Committee chairman Rep. Mark Takano. “It was unjust then and it is unjust now. But today we have an opportunity to right this wrong.

“Congress didn't find the resolve to act until 1991 and it left out key groups exposed to agent orange ... effectively denying their suffering that was a direct result of their service. This bill is the quickest and surest way to deliver benefits to these Veterans.”

Veterans who served on ships in the waters off the coast during the war “must provide evidence they were actually harmed by herbicides” under current policy, unlike their comrades who served on the ground. But it’s difficult to provide proof.

Ranking member Rep. Phil Roe, R-Tenn., served near the Korean demilitarized zone. “I’ve no way to prove where I walked 40 years ago.”

The Supreme Court earlier this month granted the Department of Justice a 30-day extension to appeal the lower court ruling to grant the benefits to Blue Water Veterans. That extension does not prevent the VA from beginning to accept Veterans’ benefits. The bill passed by the House Tuesday further solidifies Blue Water Veterans’ right to those benefits, even if DoJ appeals.

About 523 Vietnam Veterans die each day, Roe said. “If VA and this government waits, we’ll all die.”

"With this bill, we ensure that #BlueWaterNavy Veterans will be treated fairly and receive the benefits that they earned and deserve,” Rep. Dan Meuser, R-Penn., said.

Leaders of Veterans service organizations threw their support behind the bill.

"As leaders of major Veterans’ organizations, and on behalf of our more than 5 million combined members, we write to offer our strongest support for the Blue Water Navy Vietnam Veterans Act," they wrote in a letter to Takano and Roe. "For decades, tens of thousands of Veterans, their families and survivors have been denied their earned benefits. While it is long past due, it is time that we correct the injustice done to Blue Water Navy Veterans and provide protection of the Procopio decision by passing H.R. 299."

The bill doesn’t just cover Blue Water Vietnam Veterans. It also extends benefits to Veterans who served near the demilitarized zone on the Korean Peninsula beginning in September 1967 and would require the VA to identify American military bases in Thailand where Agent Orange was used. Takano and Roe said they included a funding plan to cover the Blue Water Veterans and the others the bill would provide benefits to.

“We all know why Agent Orange was sprayed in Vietnam ... Turns out it was a horrific mistake and it's costing lives now. It's time to do the right thing,” Roe said. He and Takano challenged the Senate to pass the bill before Memorial Day, if not sooner.

"This is a once-in-a-generation opportunity to right an injustice and get justice for these Veterans,” Takano said.