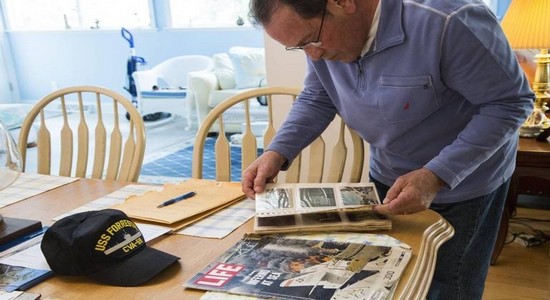 House-passed legislation aimed at getting Vietnam Veterans more disability benefits would mean help for thousands who served. But for many others who say they need help, it could actually mean no benefits, Veterans’ advocates say.

Supporters of “blue water” Navy Veterans— mainly Vietnam War Navy personnel who say they were exposed to toxic chemicals while serving off the coast of Vietnam—disagree with House lawmakers on how to determine who qualifies for benefits.

House legislators used geographic coordinates to draw a line in the ocean around Vietnam. The bill, which the House passed by a 410 to 0 vote in mid May essentially says that if a U.S. ship operated within that line, then the Veterans aboard that ship would be eligible for disability benefits from the Department of Veterans Affairs.

About 80,000 “blue water” Veterans would qualify for coverage, the Veterans and their advocates said. The amount of benefits the Veterans could get would depend on their level of disability.

John Wells, the director of the Military Veterans Advocacy group and lawyer representing the Veterans, estimated that, on average, qualified Veterans would receive $1,200 to $1,700 per month.

But Wells and the “blue water” Veterans argue that the line drawn by the bill is too close to the mainland and could actually exclude an additional 20,000 to 50,000 Veterans who served on ships beyond the line.

Wells said that he and the Blue Water Veterans Association pulled its support from the House bill after legislators declined to remove the geographic coordinates from the bill.

The House Veterans’ Affairs Committee, the committee found the Veterans could not produce enough evidence to show that thousands of Veterans would miss out on disability coverage.

Mark Takano, a California Democrat who chairs the House Veterans affairs committee, told a military service and news organization called Military.com, that the committee wanted the geographic parameters to be “very specific,” so that the VA could not attempt to shrink the coverage area.

The House bill came soon after a January federal court decision saying the VA had to provide disability benefits to “blue water” Veterans. That court case, titled Procopio v. Wilkie, was filed against the VA by a “blue water” Navy Veteran.

“In all honesty we don’t even need a bill,” Wells said. “This is the case of a bunch of Congress people trying to jump on board, on the backs of Procopio and do what they should’ve done 10 years ago.”

Genco said he was hoping that the Procopio hearing would be “the end of the story,” but he said that continued debate over legislation was “maddening.”

It’s unclear how the Senate will treat the recently passed House bill, as it is considering a similar measure to grant VA disability benefits to “blue water” Veterans. The Senate version includes those who served in a larger but more ambiguous geographic area. Wells said that the Veterans would prefer the Senate bill.

That bill has not been brought up for a vote and has not been publicly discussed in the Senate’s Veterans affairs committee, but 55 senators have already signed on and shown support for the legislation.

Senator Bill Cassidy, a Louisiana Republican who sits on the committee, suggested that there wasn’t much need for a bill and said that the federal court decision was enough to grant the disability benefits to “blue water” Veterans.

“The courts have already taken care of that issue,” Cassidy said. “What’s the ‘blue water’ bill doing that the courts have not already done?”

The lawsuit can still be appealed to the Supreme Court, but VA secretary Robert Wilkie has publicly requested that the suit not be appealed. Lawyers representing the VA and the Department of Justice have until June 28 to decide whether to appeal, and it’s possible that the Senate Veterans’ affairs committee is waiting on the outcome of that case to see how or whether to proceed.

Cassidy said the lawsuit likely wouldn’t be appealed because the VA “knows that they’ll lose.”

A spokesperson for Sen. Johnny Isakson of Georgia, the Republican committee chairman, said in a statement that Isakson was pleased with the court decision and that any legislation should be informed by the status of that suit.

Many “blue water” Veterans have been barred from receiving Department of Veterans Affairs disability benefits since 2002 because they never set foot on the Vietnamese mainland, but stayed offshore on Navy ships.

Many suffer from diseases that are often linked to exposure to several of the toxic chemicals, like Agent Orange, and feel that they should receive the same benefits as other Veterans who were exposed to the toxins.