After Decades of Fighting, the Blue Water Navy Benefits Bill Is Now a Law

After Decades of Fighting, the Blue Water Navy Benefits Bill Is Now a Law 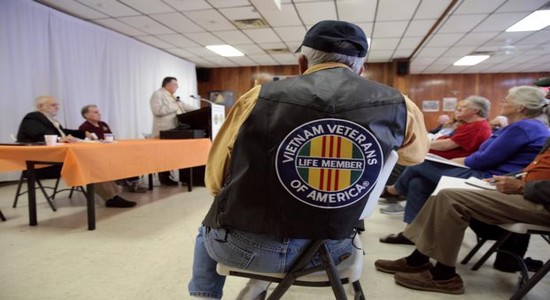 The enactment follows a decades-long fight by sailors, Marines and others who served off the coast of Vietnam. The law means they will now get the same presumption as ground troops that certain diseases are connected to Agent Orange exposure.

According to Congress and the Department of Veterans Affairs, an estimated 90,000 Veterans may be eligible for benefits under the law.

The legislation, H.R. 299, extends disability compensation to personnel who served off the coast of the Republic of Vietnam between Jan. 9, 1962, and May 7, 1975, within 12 nautical miles of the coast of Vietnam and Cambodia, along a line of demarcation spelled out in the law.

Those eligible include Veterans with one or more of the presumptive diseases whose claims were previously denied. It also includes those with new claims.