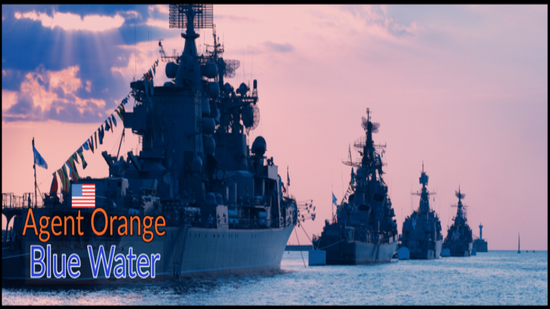 Today, January 29, 2019, the Court of Appeals for the Federal Circuit released a decision which marks a seismic shift in the field of Veteran’s law. A decade ago, the Haas case allowed the Department of Veterans Affairs to exclude Blue Water Veterans from receiving the same benefits as other Veterans who served in the Vietnam theater. Today, in Procopio v. Wilkie, the Federal Circuit undid the damage done by Haas and restored those benefits to the Blue Water Veterans.

As a little bit of background, Veterans who served “boots on the ground” in the Republic of Vietnam are entitled to a presumption that they were exposed to Agent Orange, a herbicide which is known to cause a host of health concerns such as cancers, diabetes mellitus, and ischemic heart disease. This presumption of exposure was extended to Veterans who served on the rivers or “brown waters” in Vietnam. The VA determined that so-called Blue Water Veterans, those who served aboard ships in the territorial seas of the Republic of Vietnam which did not enter the rivers, were not entitled to that presumption of exposure.

The Haas Court found that the VA was allowed to draw a line determining where brown water becomes blue water, to clarify the intent of Congress, and that the Court had to give deference to that line. The line was supposed to be based on the likelihood of exposure. However, as the Blue Water Veterans are painfully aware, the dividing line was an arbitrary line, excluding Veterans whose ships anchored in harbors into which those rivers flowed and excluding Veterans whose ships came so close to the shore that they described bouncing off of the sand. As Blue Water Veterans are also aware, the drinking water on those “blue water” ships and the very air drifting from the shore was likely contaminated with Agent Orange as well.

The Blue Water Veterans were exposed to Agent Orange, and they were plagued by the same diseases and disabilities as the Veteran who served on the ground and in the brown water, but they were not allowed the presumption of exposure which would allow them to receive benefits for their disabilities. Today, the Procopio case attempts to right the wrong done to the Blue Water sailors.

The Procopio Court looked back to the plain language of the 1991 Agent Orange Act and determined that the legislation which provides a presumption of exposure to Veterans who served in the Republic of Vietnam unambiguously includes those Veterans who served in the territorial seas of Vietnam. Any ambiguity in that language was inserted by the VA itself. Where the language Congress included in the Agent Orange Act was clear, the Procopio Court held that the VA’s interpretation was not needed and, thus, owed no deference by the Court.

The Federal Circuit decision speaks directly to the point, “Congress has spoken directly to the question of whether those who served in the 12 nautical mile territorial sea of the ‘Republic of Vietnam” are entitled to [the] presumption . . . . They are. Because ‘the intent of Congress is clear, that is the end of the matter.” The fight for Blue Water Veterans to get their benefits has been long and hard, but they are now finally legally entitled to the presumption of exposure to Agent Orange…as they should have been all along.