Georgia combat Veteran working to save homeless shelter, facing roadblocks along the way 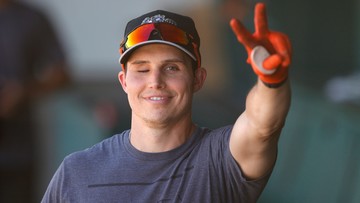 ELLAVILLE, Ga. (WRBL) — Following their eviction in May, the Central Georgia Hub of Hope is working toward opening their doors once again. However, two cancelled inspection appointments serve as yet another roadblock in getting residents home.

According to the City of Ellaville, code violations were the reason for the shelter’s eviction.

Almost two months later, the city sent a code inspector from the Sumter County Fire Department to assess the property. Following the assessment, Reverend James Cauley, the Director of the shelter, spent around $800 on making the necessary changes.

“Me and another guy did all the work in less than five hours,” Cauley said. “So I really feel that the people could have stayed there while we did those corrections.”

News 3 reached out to the Sumter County Planning and Zoning, but they said they could not give a comment on the reason for the cancellations or if Reverend Cauley will be able to reschedule the inspection. The City of Ellaville has not responded for comment.

“I’ve served my country in the United States army as a combat Veteran… honorably discharged as a Veteran,” Cauley said. “I didn’t expect to come back home to be ridiculed the way I’m being treated right now in a country, in a state, in a city that I fought for. It’s really a slap in the face for every American Veteran.”

Cauley is an Ellaville native. He opened a shelter in the place he grew up because of his own personal experience with homelessness.

The shelter takes in the homeless, less fortunate and disabled to help them transition into independent living. No matter what their background, Cauley gives them a second chance.

“They’re still God’s people and they are still our family,” Cauley said.

Cash donations for the Central Georgia Hub of Hope can be deposited in the Peoples Bank or mailed to: P.O. Box 94, Ellaville, GA 31806