New effort to help homeless Veterans: ‘Now it is our turn to answer their call’ 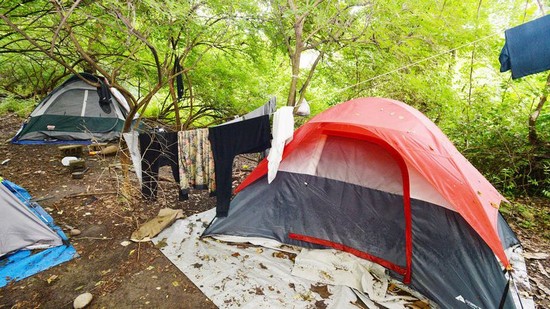 Two years after federal funding cuts led to reduced help for homeless Veterans, the Lehigh Valley has a new source of money.

State Sen. Pat Browne and local officials on Monday announced the creation of a Lehigh Valley Homeless Veteran Fund, which is launching with $200,000 in state grant funding.

“When our country called upon them, these men and women committed themselves to service in our armed forces,” Browne said at a news conference at the Lehigh County Government Center. “Now it is our turn to answer their call and provide assistance when they need it most.”

Cuts to federal funding in 2017 led to a dearth of resources to address homelessness among Veterans in the Lehigh Valley, with many community partners forced to suspend or end their services and outreach programs, according to Thomas Applebach, director of the Lehigh County Office of Veterans Affairs.

An estimated 574 homeless Veterans live in the Lehigh Valley, according to a recent “Point in Time” count, which tracks the homeless population at the local, state and national level one night each year. Of that number, 37 were identified as unsheltered Veterans, which includes those living in vehicles and outdoor encampments.

The goal of the fund is to pool smaller donations that can be used to help larger services or assistance programs — sustainable housing, job placement, substance abuse treatment and mental health services — that serve homeless Veterans in the Lehigh Valley, Applebach said.

“This is an effort to overcome the current and possible future funding cuts to VA services,” Applebach said.

Catholic Charities of Allentown will continue to play a critical role in administering those programs and services. The nonprofit agency spent roughly $85,000 — about $1,800 per Veteran — to help homeless Veterans through its Supportive Services for Veteran Families program in 2019.

Regardless of funding cuts, Browne said it is the collective responsibility of community stakeholders to ensure that resources are available to those “whose sacrifices have helped define our community.”

The fund, managed by the Lehigh Valley Community Foundation, will be overseen by a five-member committee that will evaluate applications and recommend grant awards.

Alisa Baratta, executive director of the Third Street Alliance and co-chairwoman of the Lehigh Valley Regional Homeless Advisory Board, said the fund presents an opportunity for civic groups and individuals to help end the vicious cycle of homelessness.

“If you or anyone you know is experiencing homelessness, know that there are hundreds of people across the Lehigh Valley waiting to help you,” Baratta said.

While the creation of the fund was largely the culmination of government cooperation, county Executive Phillips Armstrong hopes it will attract investment from the private sector.

“We were hit with a problem two years ago, and we could have just said, ‘That’s it,’ ” Armstrong said. “Instead, we did something about it.”