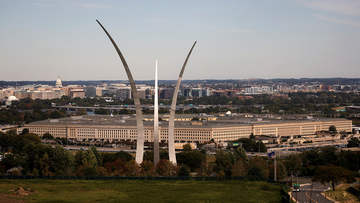 Over 150 members of the U.S. military took their own lives in the third quarter of 2021 which represents a greater total than the number of service members who have died from the coronavirus since the start of the pandemic.

According to data released by the Pentagon, 163 service members committed suicide in Q3 of 2021 which broke down into 70 active service members, 56 reserve members, and 37 members of the National Guard.

Suicides among active members of the military dropped from Q2 to Q3 but suicides rose among reserve and National Guard members.

Nearly twice as many members of the U.S. military died of suicide from July to September than have died from the coronavirus during the entire pandemic.

As of January 8, 86 members of the military have died from the coronavirus.

In September, the total number of coronavirus deaths in the military was 43 and the doubling of deaths from September to January is partially due to the Delta variant spike, the Pentagon says.

In December, the military began taking disciplinary action against U.S. service members who had not complied with the federal government's vaccine mandate. More than 200 Marines have been booted from the United States military for refusing the vaccine.

The Pentagon did not immediately respond to a request for comment from Fox News.

This summer, a research paper concluded that a staggering 30,177 American active military personnel and Veterans involved in post-9/11 wars are estimated to have died by suicide – a figure at least four times greater than the 7,057 service members who were killed in combat during that time.

The statistics emerged this summer in a report from the Cost of War Project – a joint research effort between Brown University and Boston University.

"Unless the U.S. government and U.S. society makes significant changes in the ways we manage the mental health crisis among our service members and Veterans, suicide rates will continue to climb," the paper warns. "That is a cost of war we cannot accept."