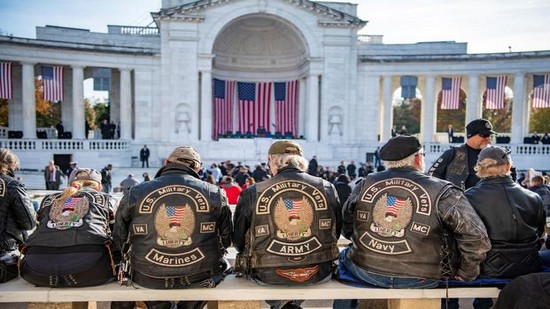 The Department of Veterans Affairs launched a new suicide prevention outreach program earlier this month to contact the more than 200,000 troops who leave the military annually. The goal is to reach out to each at least three times in the first year of transition to civilian life to inform them of the availability of VA mental health services.

Veterans in the first year of transition are particularly vulnerable, and the stress "can lead to challenges or unmet health care needs," VA Secretary Robert Wilkie said in remarks announcing the launch of the "Solid Start" program for new Veterans.

Under Solid Start, Veterans in the first year of transition will be contacted via phone, email or text at least three times to keep them abreast of available benefits and services and to offer help navigating the system.

Other Veterans and some dependents are being recruited to make the contacts, according to the VA.

Solid Start is part of the VA's new focus on outreach in suicide prevention. Wilkie and other VA officials have previously noted that at least 14 of the previously estimated 20 Veterans who die by suicide daily have never had contact with the department.

The VA altered its calculation of the daily suicide rate for Veterans in its annual National Suicide Prevention Report, released in September, based on data from 2017, the most recent available.

The report said the daily suicide rate for Veterans is now calculated at 17 under a different assessment method. The lower number was arrived at by eliminating active service members, as well as former National Guard and Reserve members who had never been federally activated, from the overall count, the VA said.

Whether the daily rate is 17 or 20, most suicides occur in the first year of transition, VA officials said in a news release on the Solid Start program.

"I think we get it" on the need for more outreach, Dr. Matthew A. Miller, acting director of the VA's Suicide Prevention Program, said at a Dec. 4 hearing of the Senate Armed Services subcommittee on personnel.

Miller said the emphasis under Solid Start will be to make contact with transitioning Veterans within the first month of discharge, separation or retirement to "offer them connections and resources," and to offer them "connections to mental health services."

However, he said in prepared testimony that the VA "alone cannot end Veteran suicide," noting the expansion of the department's "suicide prevention efforts into a public health approach" including more involvement with local and state providers.

"We must do more to support Veterans before they reach a crisis point, which is why we are working with internal partners like VA's Homeless Program Office and [the] Office of Patient Centered Care and Cultural Transformation," in addition to outreach to "multiple external partners and organizations," Miller said.