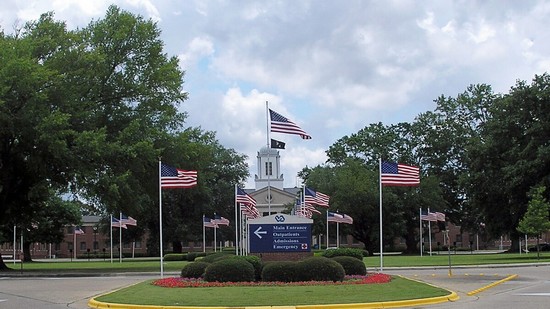 The mother of a Veteran who died by suicide in a Veterans Affairs hospital parking lot last April has filed an $8.25 million wrongful death lawsuit against the department, saying that medical mistakes by VA physicians and staffers led directly to her son’s suffering.

In a lawsuit filed Tuesday by Rhonda Machelle Wilson — mother of Gary Pressley, the 29-year-old Navy Veteran who died outside the Carl Vinson VA Medical Center in Georgia — said her son’s death was preventable if VA employees had done a better job responding to obvious signs of distress.

That includes a call from Pressley’s sister on the day of his death, during which she told a staffer at the medical center that Pressley was in possession of a gun, planning to harm himself while waiting in a car in a nearby lot.

“(She) told the operator exactly where he was located based on his GPS signal,” the lawsuit states. “No one from the VA attempted to locate or assist Gary, who was on the brink of death. Instead, more than three hours later, Gary was found in the VA parking lot sitting in his car.”

Pressely’s death was one of three Veteran suicides to take place on VA medical center campuses in a span of just five days last spring. Although department officials have stated that on-campus suicides have decreased in recent years, the public nature of the deaths sparked renewed interest from lawmakers over whether VA officials have proper protocols in place to aid Veterans in distress as soon as they step into VA property.

At least 35 Veterans have died by suicide on VA campuses in the last two years. In recent months, VA leaders have promised increased patrols around the grounds of all department hospitals and offered new training to front-line personnel on how to respond to possible suicidal situations. They’ve also installed more cameras and safety devices to lessen the chance of self-harm.

Officials have said in the past that Veterans may be drawn to those locations because they believe staff will be more prepared to handle the situation than family members or others.

But the new lawsuit charges that VA was completely unprepared to handle Pressley’s case. In addition to a lack of response to reports of his suicidal behavior, attorneys allege that Pressley’s medical care was mishandled for months prior to his death.

Pressley, who was medically discharged from the Navy after a motorcycle accident, was taking a series of opiate medications for chronic pain and under the care of a private-sector doctor paid for by VA funds. When that doctor stopped seeing VA patients over payment disputes with the department, Pressley’s prescriptions were also disrupted.

After navigating a series of appointments and tests over six weeks, while waiting for physicians at the Georgia VA medical center to fill those prescriptions, Pressley returned to his car and took his own life. Security personnel said a note beside him read “this is what happens by punishing already suffering people."

The lawsuit says that Pressley was “driven to crisis by both the effects of withdrawal and ineffective pain management,” a direct quote from an op-ed written by VA Secretary Robert Wilkie in October 2018 on the importance of proper medication management and suicide prevention strategy.

In a statement, VA press secretary Christina Mandreucci said that the department “does not typically comment on pending litigation” but added that "suicide prevention is VA’s highest clinical priority, and the department is taking significant steps to address the issue.”

According to department statistics, about 20 Veterans, active-duty troops and other service members die by suicide each day. That figure has remained steady in recent years, even as multiple administrations have increased support programs and funding to address the problem.

Of that group, only about 30 percent were regularly receiving care from the VA. Officials have said that Veterans who are in contact with department health services show lower rates of suicide than their peers, and have worked on increasing outreach and public education about crisis services in an effort to draw down the numbers.