To help stem the tide of Veteran suicides, VA must stop turning away patients 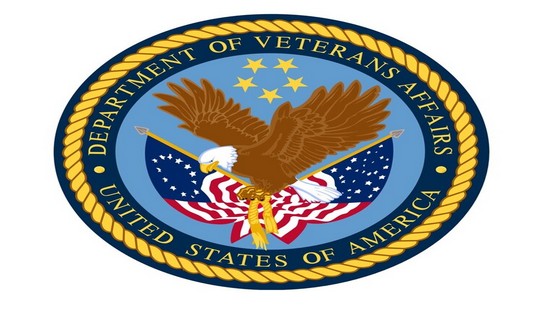 America’s longest war is nearing a close. But service members returning home from Afghanistan are not entirely safe. Upon release from service, they will enter an on-going public health crisis. And it’s not COVID-19.

Veterans are taking their own lives at the staggering rate of 20 per day. This represents a 25 percent increase from 2005. Even more shocking, in that same time frame, suicides among young combat Veterans have increased almost 80 percent.

The Department of Veterans Affairs (VA) is uniquely positioned to help. Studies indicate Veteran-specific reintegration and mental health treatment programs prove more effective than private care. But while VA’s services save lives, many Veterans can’t get past the front desk in order to access them. While suicides soar, the VA is turning eligible Veterans away from care.

What is happening? According to a new report from the Legal Services Center of Harvard Law School, the VA is systematically turning away Veterans eligible for care across the country. Eligibility rules can be complex, and service does not always confer Veteran status in the eyes of the VA. However, by law, all Veterans have the right to apply for VA care and receive an individualized eligibility review with a written decision. In practice, many Veterans — even combat Veterans or those who endured military sexual trauma — are turned away at the front desk. And turn-aways disproportionately impact some of the most vulnerable Veterans: post-9/11 Veterans with “other than honorable” (OTH) discharges.

Upon discharge, the military gives Veterans one of six characterizations ranging from honorable to dishonorable. OTH characterizations are given with little to no due process, often for minor infractions. As the Department of Defense has acknowledged, misconduct in OTH cases is often symptomatic of service-related mental health illnesses such as PTSD, traumatic brain injury, or depression caused by a deployment or a military sexual trauma.

One such Veteran is William Daigle. Mr. Daigle was sexually assaulted multiple times by a superior during service. When Mr. Daigle desperately tried to transfer away from his assailant, his commander never responded. Eventually, Mr. Daigle fled on his own, going AWOL. The Army gave him an OTH discharge.

Struggling from what doctors later diagnosed as PTSD related to the assaults, Mr. Daigle entered the civilian world saddled with the stigmatizing OTH discharge. In 2017, when he tried to get mental health treatment from the VA, he was first put through a “characterization of service” process to determine whether his service was “honorable” enough for the VA to consider him a Veteran. The VA quickly determined he was eligible. However, it failed to ever notify him of the decision. For almost three years, Mr. Daigle went without treatment, believing he was ineligible.

And that’s when Chelsea Donaldson came in. Ms. Donaldson is an attorney at Connecticut Veterans Legal Center. CVLC is a non-profit organization providing free legal representation to Veterans recovering from homelessness and mental illness. In late 2019, Ms. Donaldson obtained access to Mr. Daigle’s VA files, and found the VA’s 2017 decision declaring him eligible for health care.

Mr. Daigle was elated. The VA had recognized him as a Veteran. He could receive treatment for his service-related PTSD.

In January 2020, decision in hand, Mr. Daigle went to his local VA health care facility. And the front desk turned him away, again.

Hearing this, Chelsea Donaldson, went to the VA hospital with Mr. Daigle to take up his case. But she was met with stiff resistance. VA staff argued that she did not understand the wording of Daigle’s decision letter and incorrectly told her that she had to apply to the Department of Defense to get this discharge upgraded (a laborious process that can take years to complete). It took days — and Ms. Donaldson’s efforts appealing up the ranks — for the VA to recognize its own decision letter.

Sadly, Mr. Daigle’s turn away is not unique. According the Harvard study, the VA subjects thousands of Veterans across the country to this shameful, illegal treatment.

A system that requires an injured Veteran to get the help of an attorney simply to access health care is not just shameful, it can be deadly. Veterans with OTHs are three times as likely to have suicidal thoughts as other Veterans. But this increase disappears when OTH Veterans receive mental healthcare from VA. As the Harvard report documents, for many Veterans like Mr. Daigle, allowing access does not require a legislative change; the VA simply needs to update its training and procedures to comply with the law.

America does not need a new vaccine for the Veteran suicide crisis. Rather, the VA needs to train its staff to fully implement and abide by the law. Front desk staff need to know that they cannot unilaterally deny care, and instead, should welcome all Veterans to apply. As our longest war winds down, we must keep our promise, and ensure all Veterans have the opportunity to access the health care.

Service is sacrifice. A sacrifice that less than 1 percent of Americans have been willing to make in the post-9/11 era. Access to life-saving VA health care is small recompense compared with the risks Veterans assume. It is our duty to make sure that health care is given. No one who made the sacrifice to serve should be turned away without due process.

Margaret Kuzma is the director of discharge upgrade practice at Connecticut Veterans Legal Center. She has taught as a visiting clinical lecturer at Yale Law School’s Veterans Legal Services Clinic, and helped found the Veterans Law Project at Quinnipiac University School of Law. Most recently, Margaret co-authored the “Discharge Upgrade Legal Practice Manual,” a legal treatise on upgrading military discharges with the Veterans Legal Clinic at Harvard Law School. Prior to becoming a public interest attorney, Margaret worked as the Sexual Assault Response Coordinator for Fort Benning and USAG Baumholder.